Good Move, the plan for a Brussels on a human scale

With Good Move, Brussels resolutely opts for a liveable city where road safety is a priority. It does so by focusing on car-free neighbourhoods, public transport and smoother traffic circulation. Thanks to this plan, the Brussels government wants to reduce the use of cars by 24% and transit traffic by 34%. At the same time it wants to quadruple bicycle use, give back 130,000 m² of public space to the Brusselers and create fifty neighbourhoods with low car traffic. 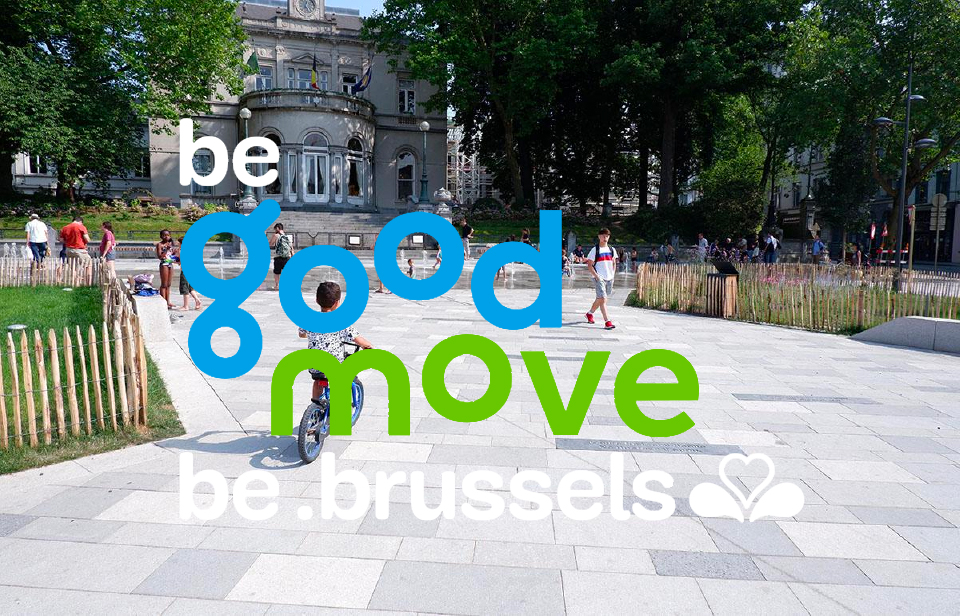 ‘It is clear that with this plan, we have completed the transformation from a city for cars to a city for people. In the past, such plans got stuck in numerical objectives and general principles. Today, we have a widely supported concrete catalogue of measures and principles which can be immediately translated into a policy. I am pleased that we took that step together and that we can work with it over the next ten years,’ says Pascal Smet.

Good Move establishes the major policy lines in the field of mobility. The process started in October 2016 at the initiative of Pascal Smet. Unlike earlier, more abstract mobility plans, the objective was very clear from the beginning: creating a concrete working tool that serves as a guideline to improve the quality of life of the Brusselers and to strengthen the urban fabric. Good Move is the result of a major co-construction process in which most of the Brussels and Belgian actors from both the public and private sector took part. This process led to a detailed plan, that was first approved by the previous Brussels government on 4 April 2019. The plan was subsequently presented to the public during the public consultation that ran from 17 June to 17 October 2019. No less than 8000 people participated in the online survey. Hundreds of organisations and associations also submitted their comments. The general principles of Good Move were supported by an overwhelming majority. The final version of the plan was approved by the government on 5 March 2020.

‘Good Move is the result of a huge co-construction process. I am proud of the result and the way it was achieved. In the previous government, I initiated and guided the process and now I will make sure that Good Move will be executed correctly. I will make sure the requirements for architectural quality and the principles of Good Move are met for every redevelopment plan of public space in all of Brussels. From now on, I will take on the role of “Quality Controller’ of Good Move,’ says Pascal Smet.

The plan anticipates the evolutions that are taking place in our society, such as behavioural changes in the way we move through urban areas and the possibilities offered by new technologies. Good Move also integrates perspectives for the even longer term. That’s why the new plan starts, among others, from new, more shared ways of mobility. Good Move was a dynamic and participatory process. Citizens were closely involved in the development of the new mobility plan. In 2017, Brussels residents could present their own ideas via the ‘Good Move by Citizens’ platform and a citizens' panel gathered during three weekends in the Brussels Parliament on the theme of mobility. Forty citizens were selected by lot for ‘Make your Brussels Mobility’. The recommendations of this citizens' panel were used when drawing up the new mobility plan. In other words, Good Move is a plan for and by the inhabitants of Brussels.