Soon you will be able to walk and cycle comfortably and safely along the canal at Jules de Trooz without having to cross the intersection.

Soon you will be able to walk and cycle comfortably and safely along the canal at Jules de Trooz without having to cross the intersection.

urban.brussels issues a permit to Brussels Mobility for the construction of a pedestrian and cyclist connection under the bridge at Jules de Trooz. Smet himself, then Minister of Mobility, initiated and supervised the project in 2017 and then passed it on to his successor Elke van den Brandt in a good cooperation.

The works will be co-financed with funds from the European Regional Development Fund (ERDF).. 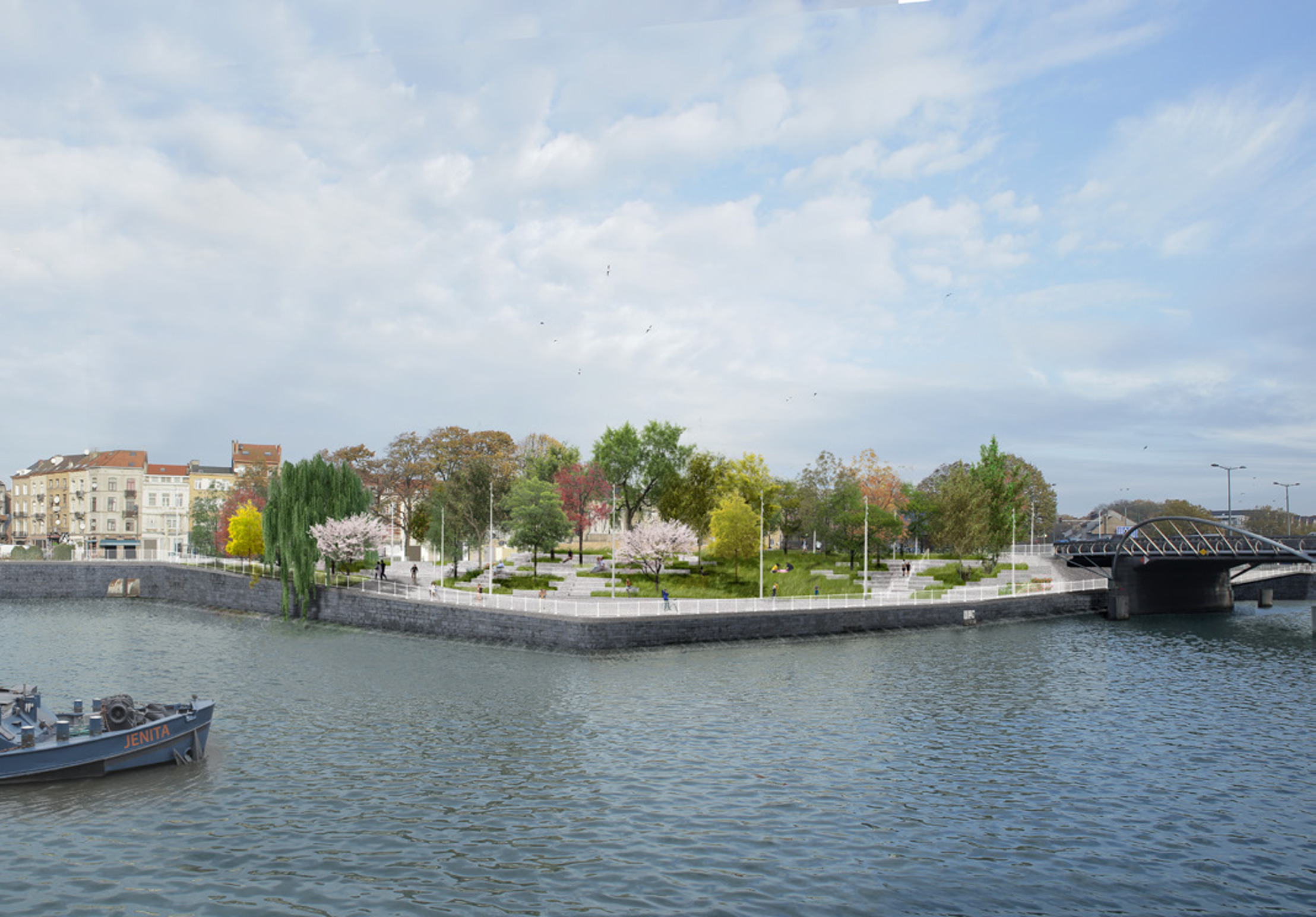 "This new connection along the canal is good news for the many daily users, like cyclists and pedestrians, but apart from that I am especially proud of this design’s added value in terms of urban planning. A lower quay will ensure a very natural integration of the connections into the surrounding public space. The existing park will be upgraded and we will add a new lowered square, close to the water and with panoramic views of the Vergotedok,” says Brussels State Secretary Pascal Smet.

“In the past two years, the number of cyclists has doubled. Therefore, we need to continue investing in safe infrastructure. With this connection, we offer an alternative to a busy intersection and lay the foundations for a safe route with two additional connections under the Sainctelette bridge and the Van Praet bridge. In this way, we are creating additional safe routes for the increasing number of cyclists in Brussels,” said Brussels Minister of Mobility, Elke van den Brandt.

“In a dense urban area like the Brussels Region, technical solutions are needed to manage soft mobility, such as cycle bridges on which cyclists can not only ride safely, but can also avoid long detours,” says Brussels Minister-President Rudi Vervoort. That is why 6.8 million euros have been invested through the European Regional Development Fund (ERDF) to reduce the carbon impact of moving around by providing an uninterrupted chain of cycle and walking paths on the Cycle Route. The Brussels programme for the period 2014-2020 includes three cycle bridges: Trooz, Sainctelette and Van Praet, along with the cycle route stretch between Buda and Sheel. In January 2022, we have already inaugurated a 1,200-metre stretch of the cycle route between Buda and Sheel. Moreover, the Brussels Cruise Terminal, a Port of Brussels project that could also count on financial support from the ERDF, has been a great success for years! So today I am very pleased that the permit for the De Trooz cycle bridge has been issued. This is an important step for public space development in this part of the canal area.”

Design agency Gijs Van Vaerenbergh was awarded the assignment to design three pedestrian- and cyclist connections under the Van Praet, Jules de Trooz and Sainctelette bridges. The agency won the selection because it emphasises the integration of the walking and cycling connections within the surrounding public space. This assignment was supervised by the chief architect of the Brussels-Capital Region. In the evaluation of the applications, the jury considered both mobility and urban planning criteria.

The design respects the principles of the visual quality plan of the entire canal area. The visual quality plan forms a guideline plan for the public space of the Canal Zone, bringing together various regional guidelines that apply when designing or renovating public spaces or roads on either side of the canal. It aims to ensure the necessary continuity and coherence. The materials and street furniture will contribute to a good integration of the connections in the neighbourhood and to visual coherence along the canal. Not only aesthetics and the comfort of pedestrians and cyclists are included in the design, but also the feeling of safety. That is achieved, among other things, by the open character and appropriate lighting.

De Trooz is also an important link in the cycle route along the Willebroek-Brussels-Charleroi canal and is part of the Regional Cycle Network ICR, the Cycle Regional Express Network RER and the European REVER cycle network. Cyclists will be able to cycle under the bridge, avoiding conflicts with motorised traffic.

The Monument au Travail or Labour Monument dominates the square today and will be integrated and valorised in the new park design. The monument consists of late 19th-century sculptures by Constantin Meunier, integrated into a support designed by architect Mario Knauer in 1930.

By lowering the quay, a more direct relationship between the monument and the canal is created. This is a two-way relationship: from the quay on the other side, the monument becomes visible as a focal point in the park, while the monument itself offers a wide view of the Vergotedok. The monument is also taken into account in the vegetation choice and trees with sufficiently high trunks are used to preserve its view. 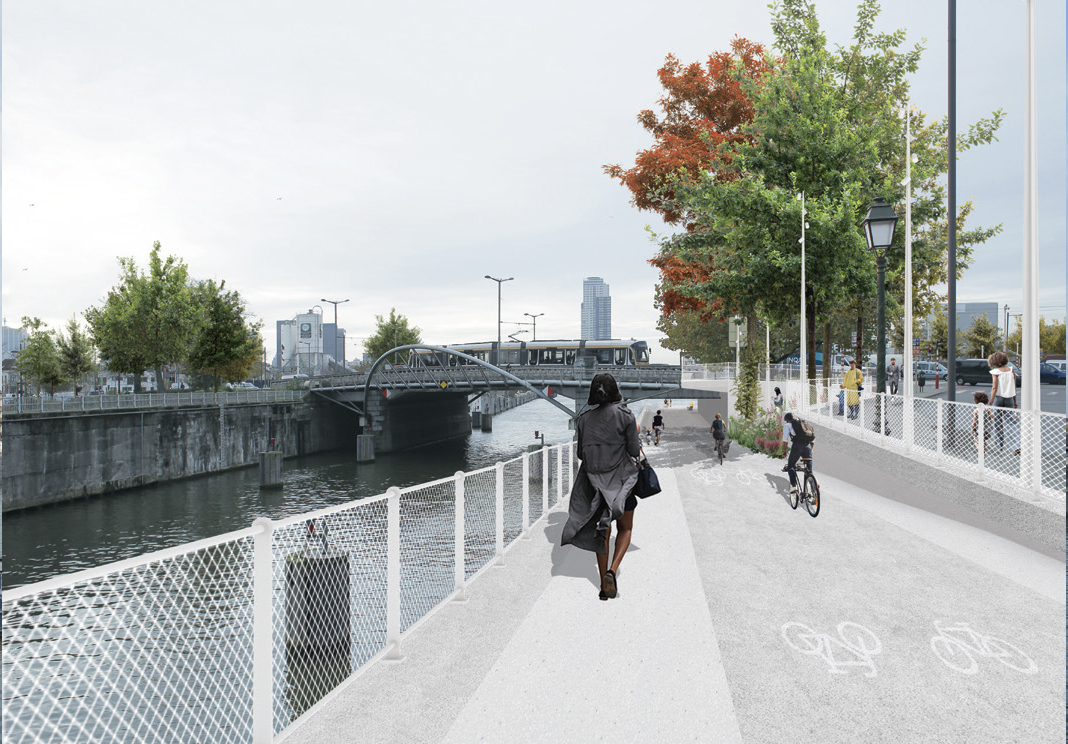 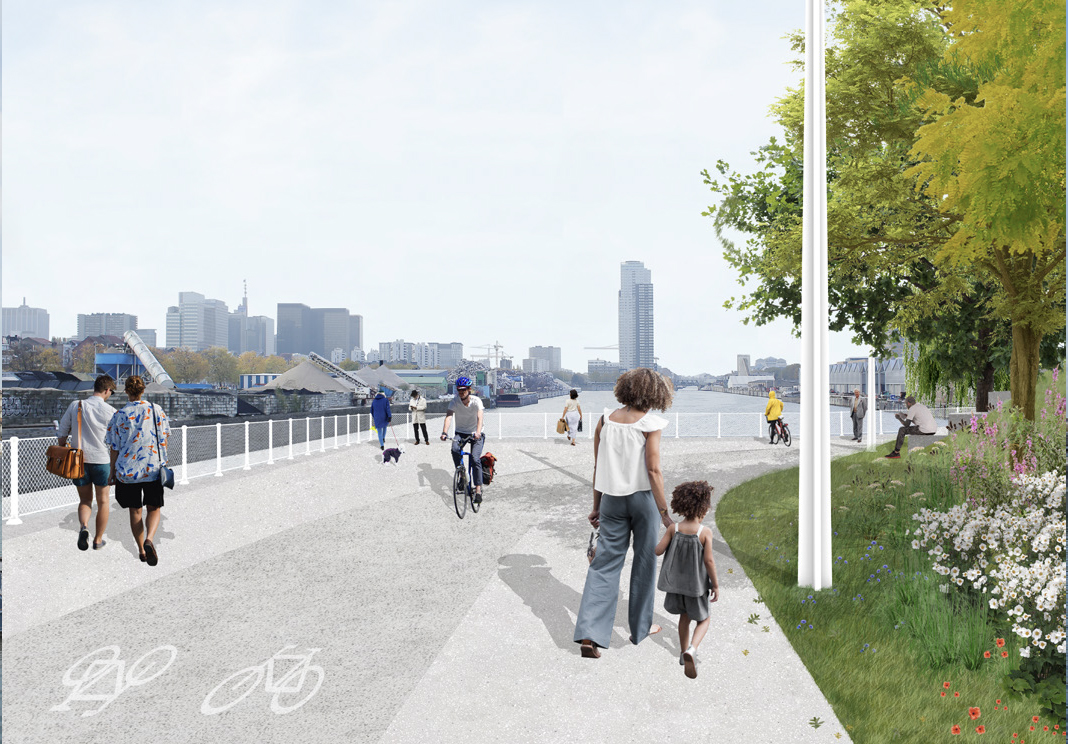 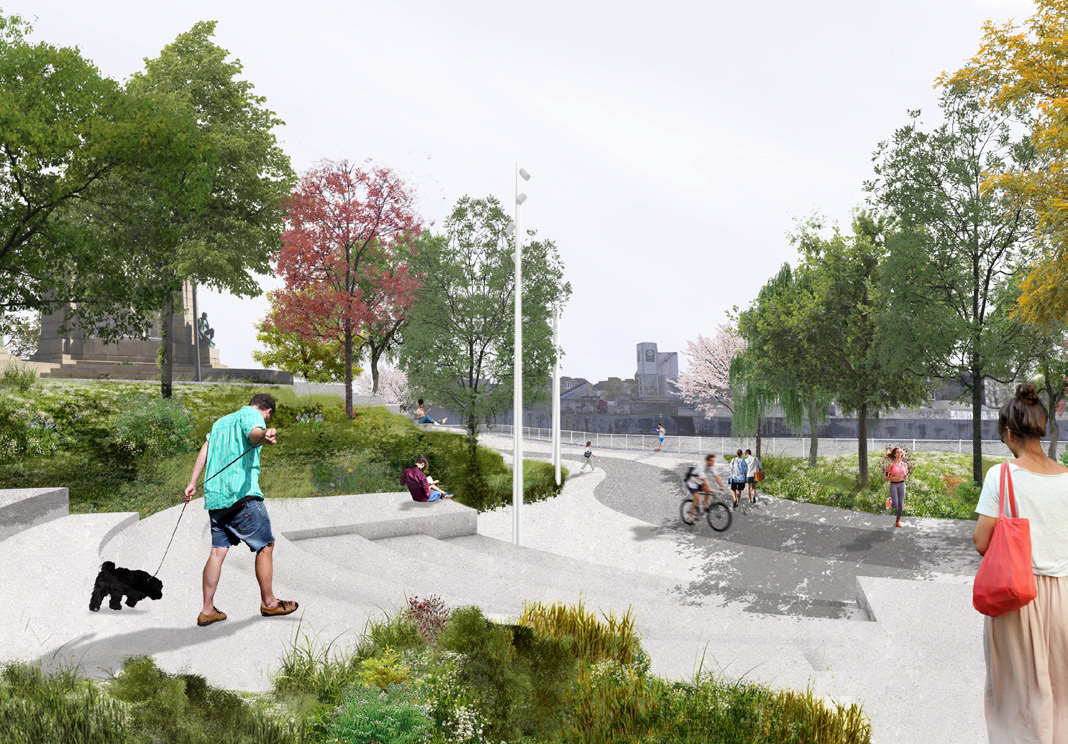 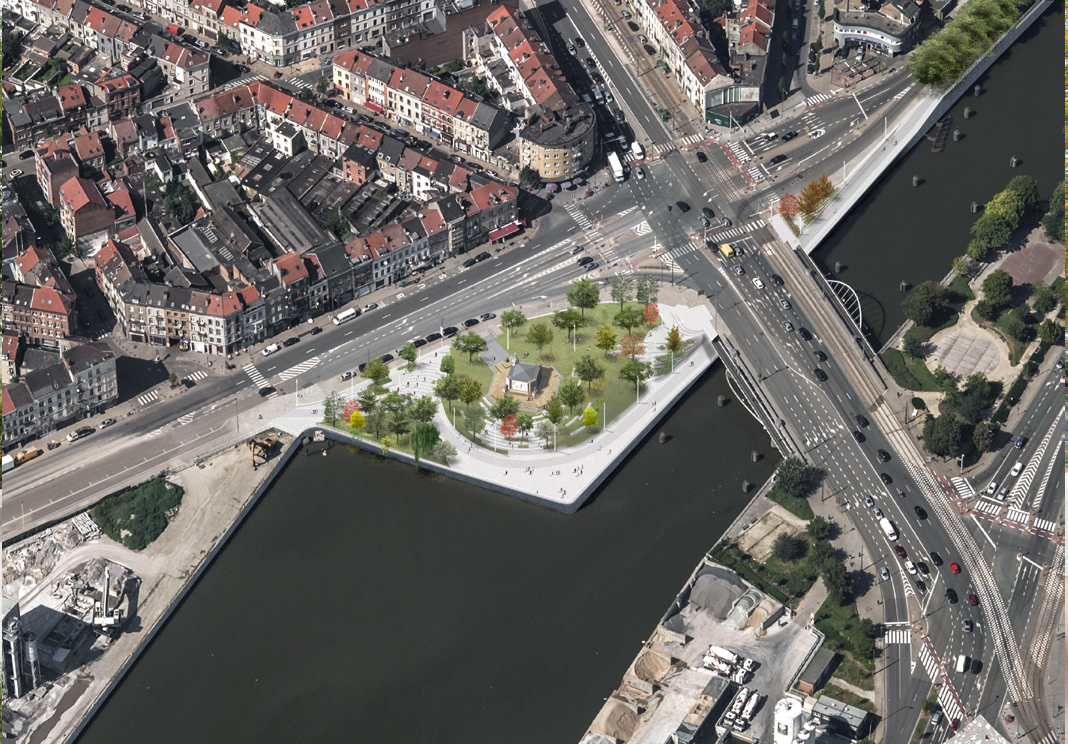