Rogier, an iconic square in the city centre

Place Rogier has become an iconic square again. Its entire surroundings have been redesigned. It has induced a neighbourhood revival and strengthened the connection between the pentagon area and the Brussels-North railway station. The Rogier metro station, under the square, was integrated in the project and a lot of attention was given to aesthetic, environmental and mobility objectives. 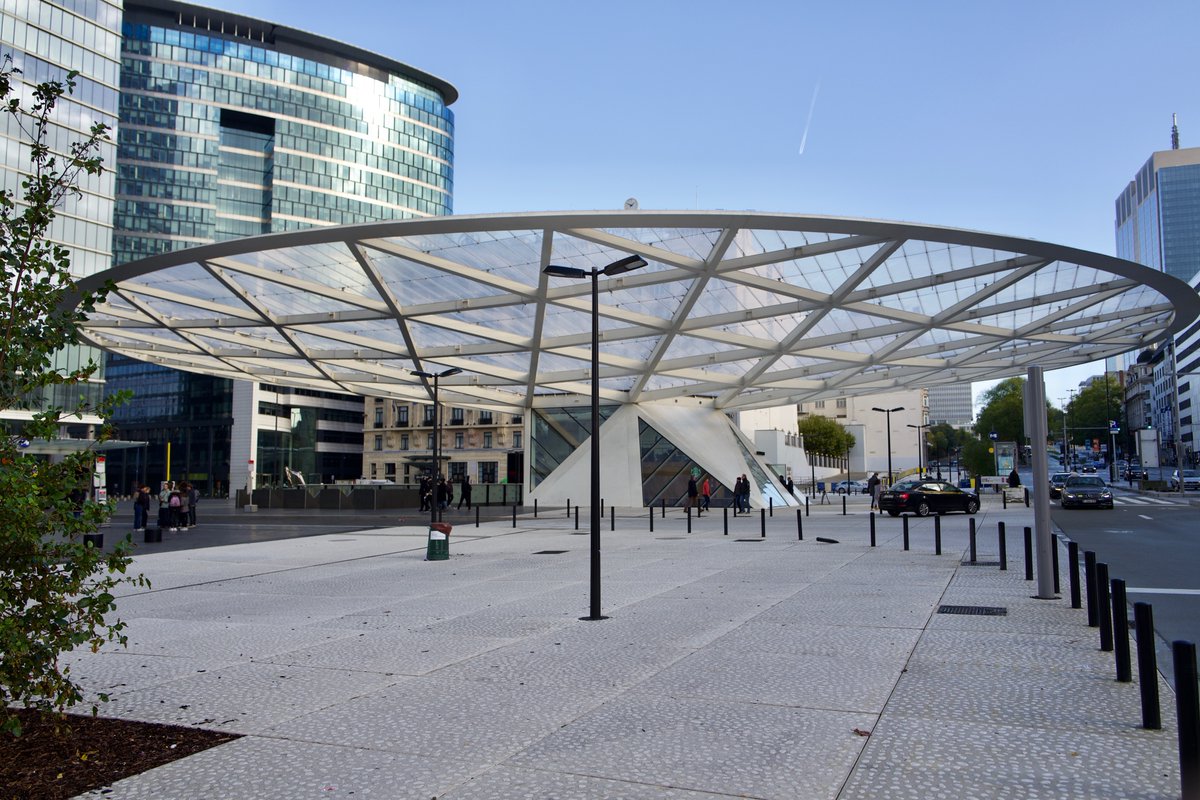 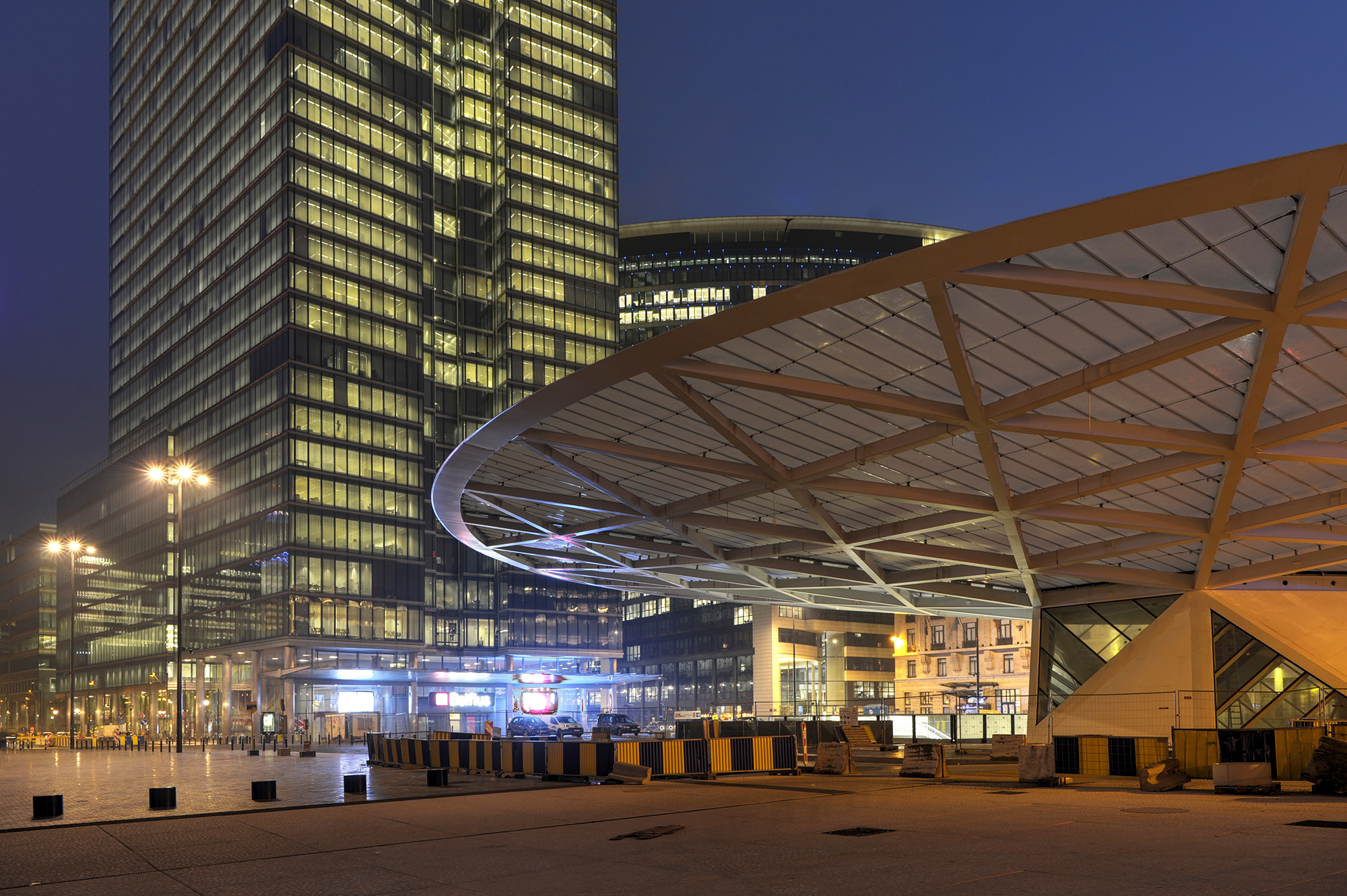 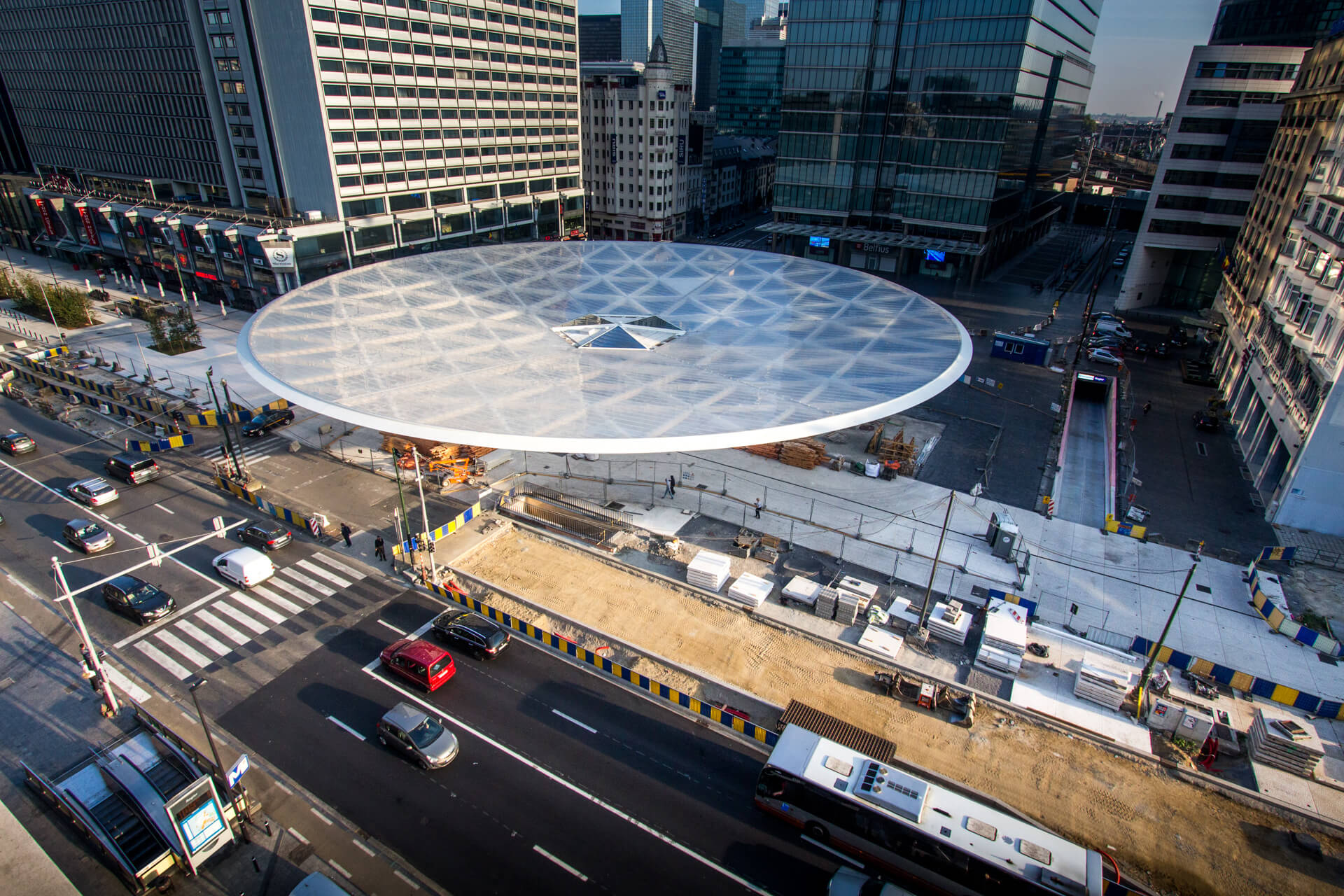 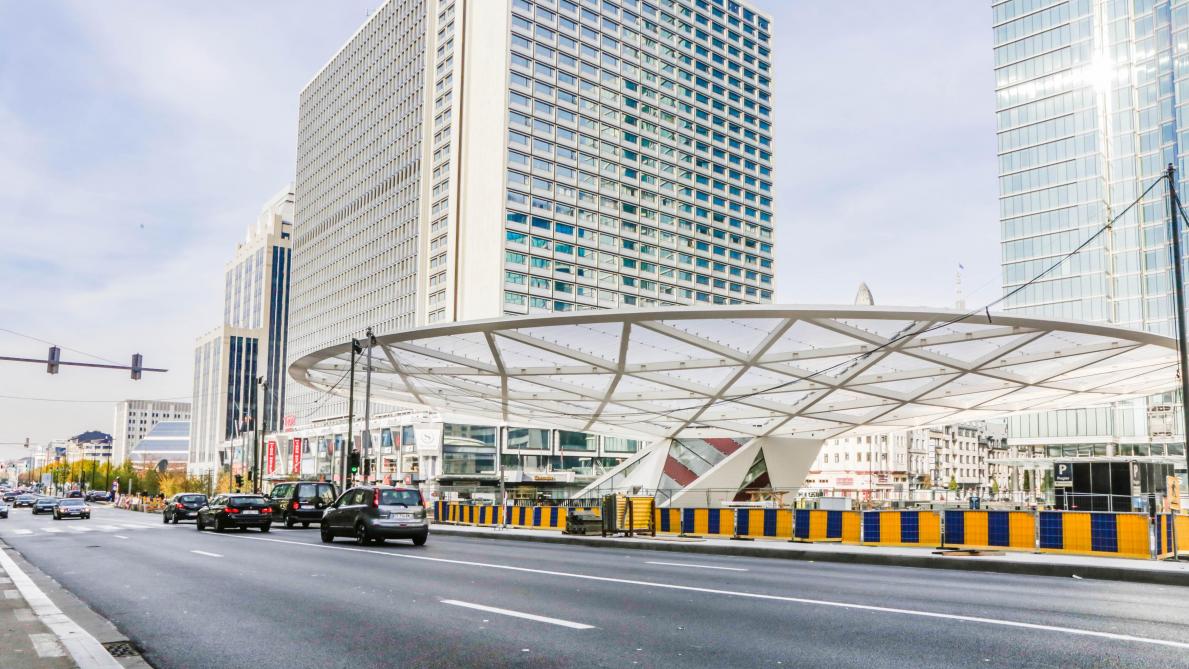 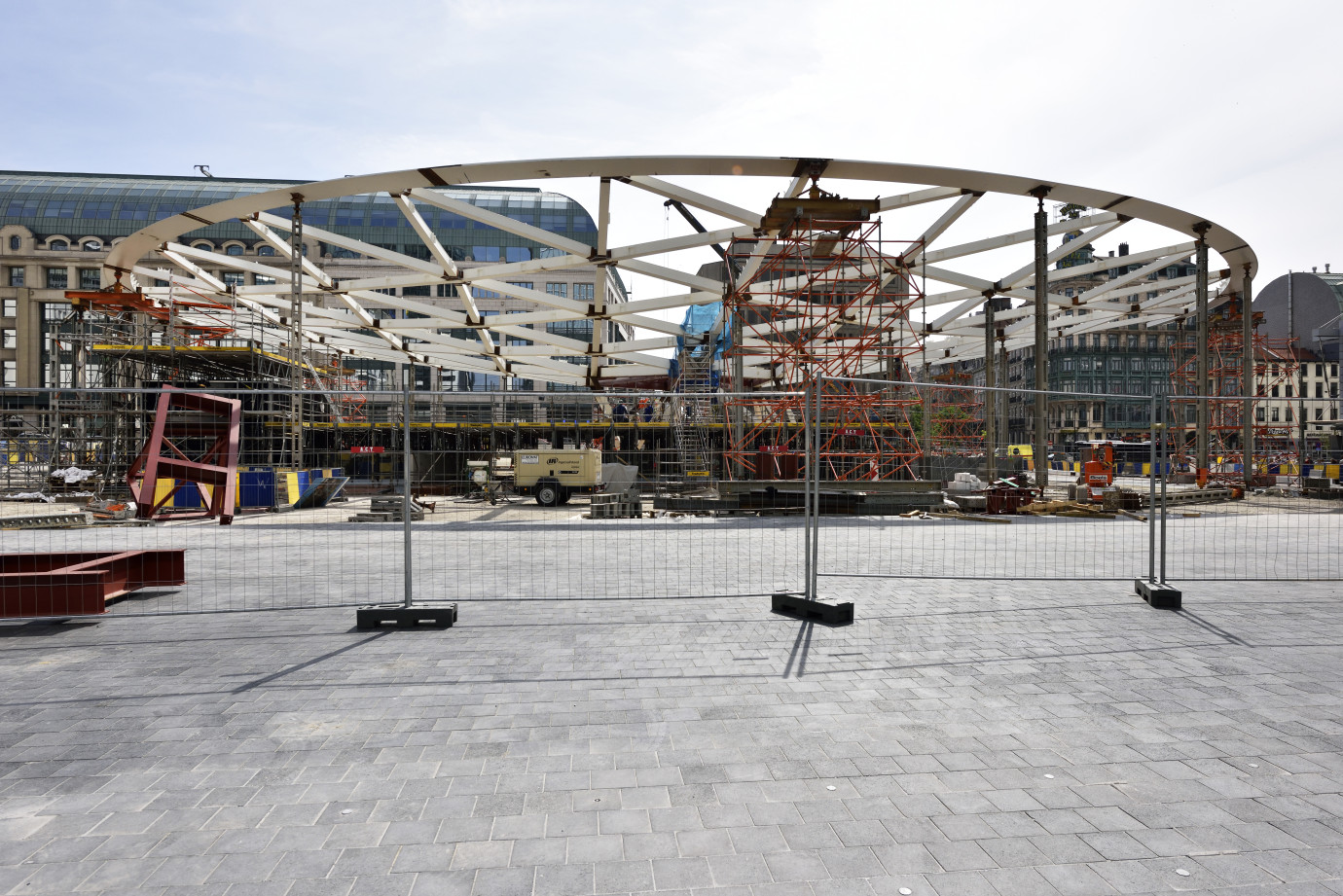 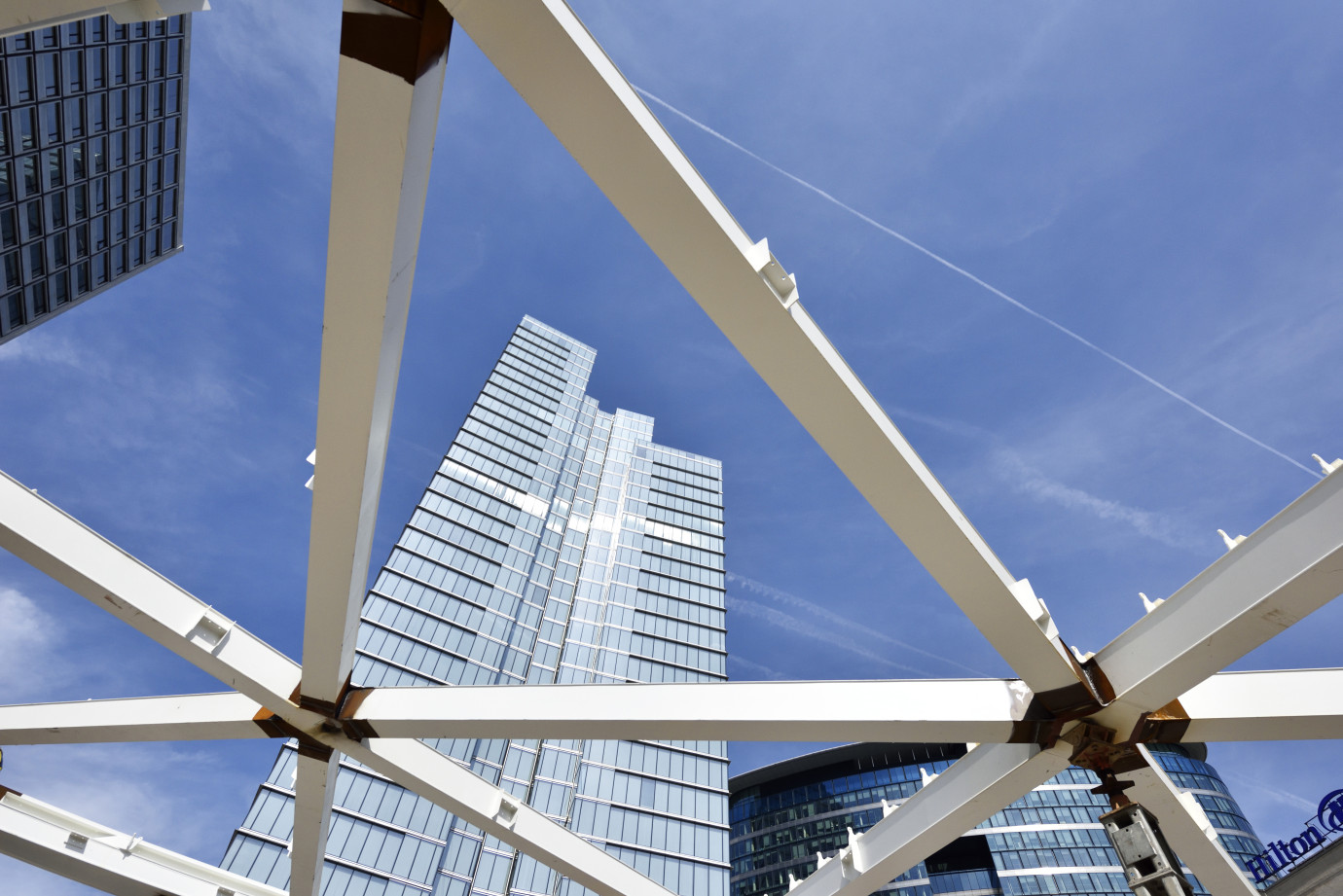 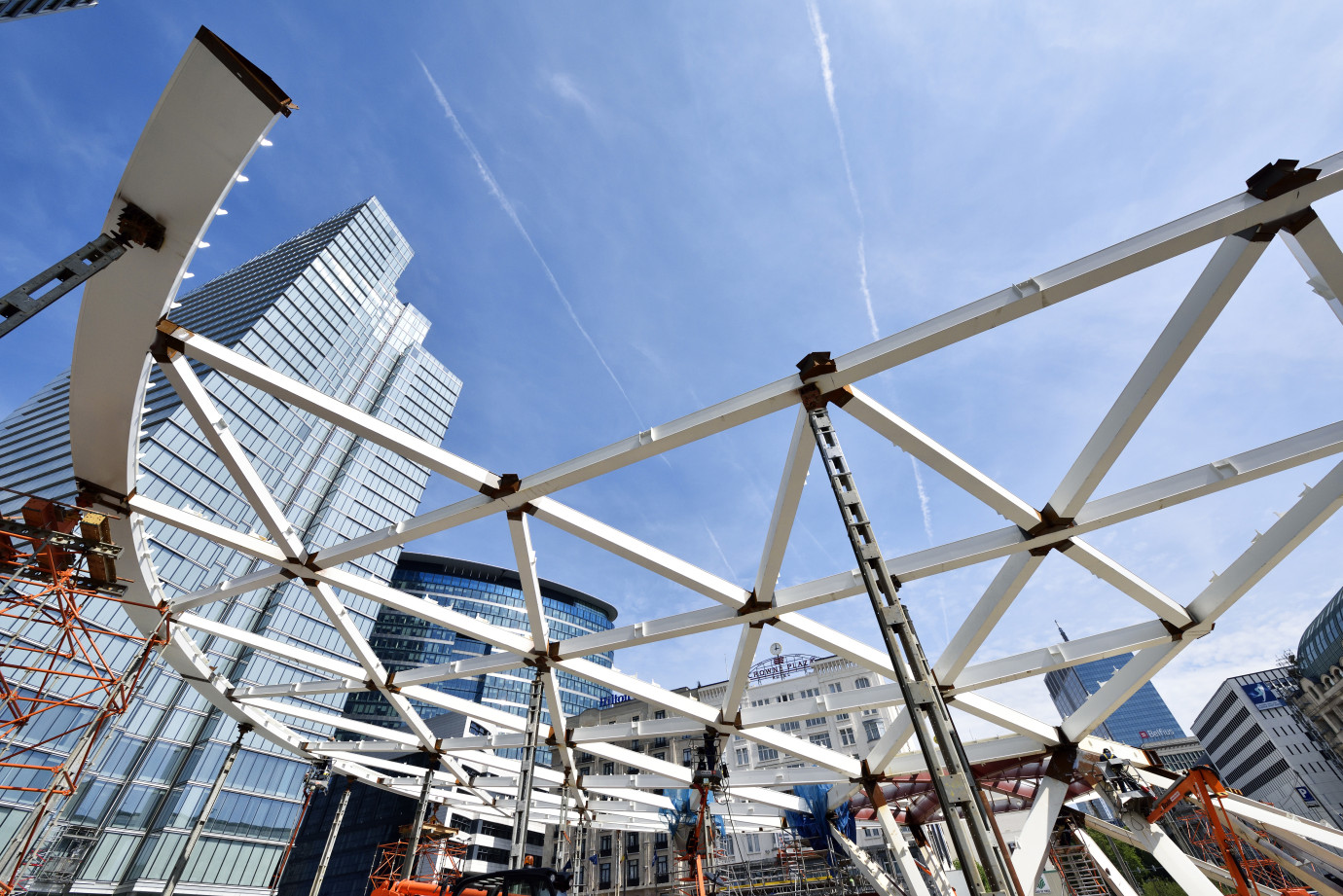 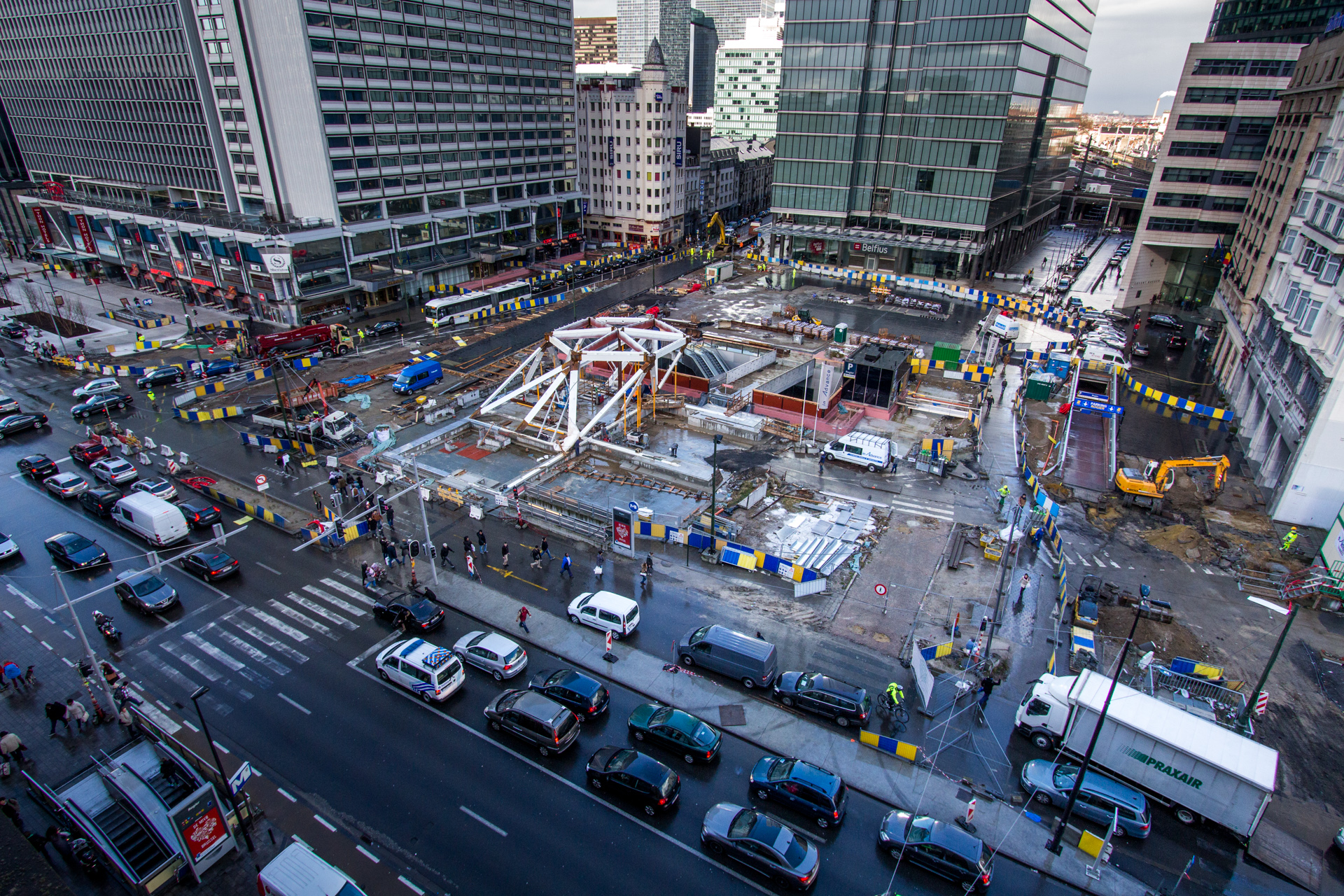 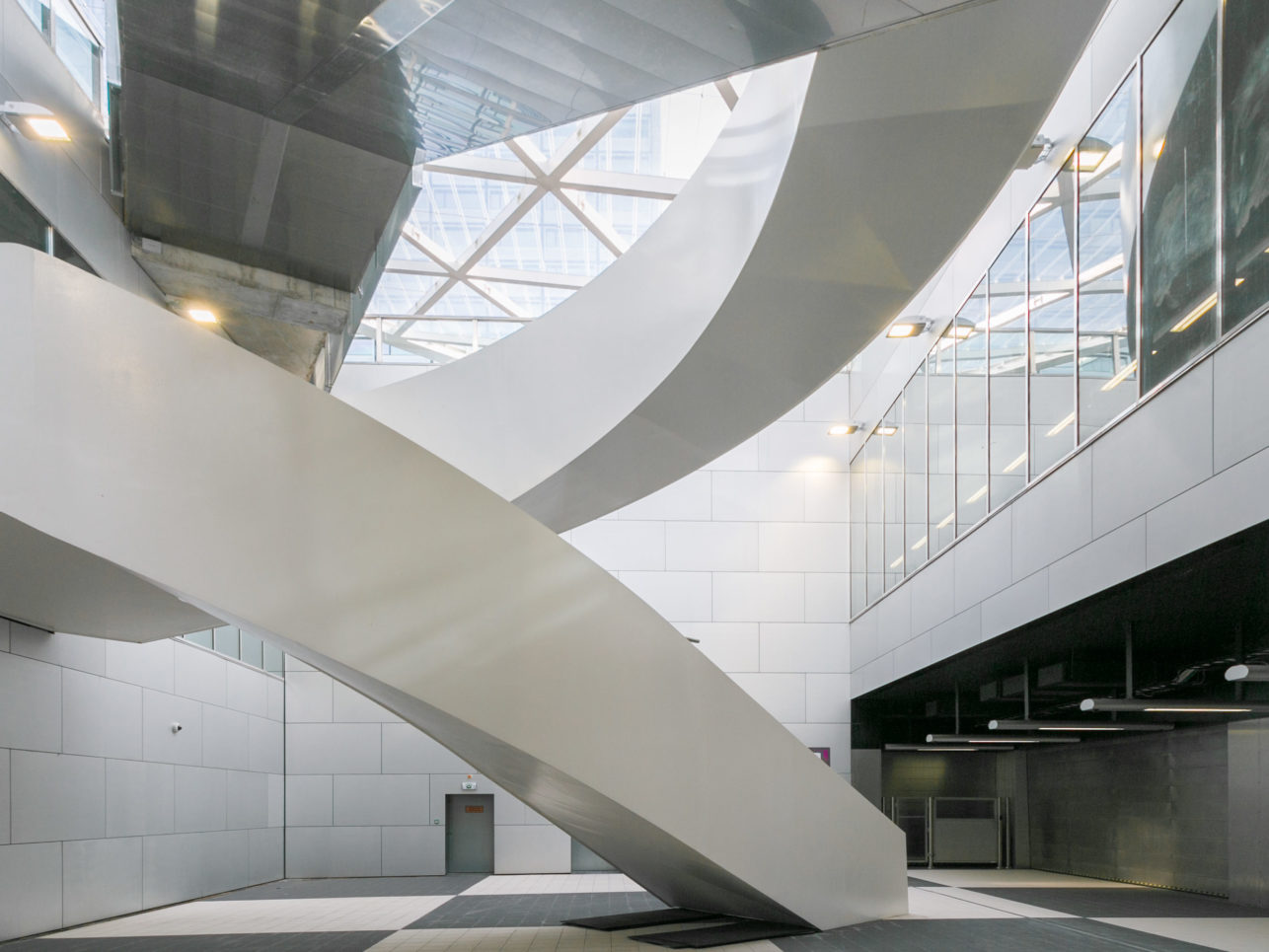 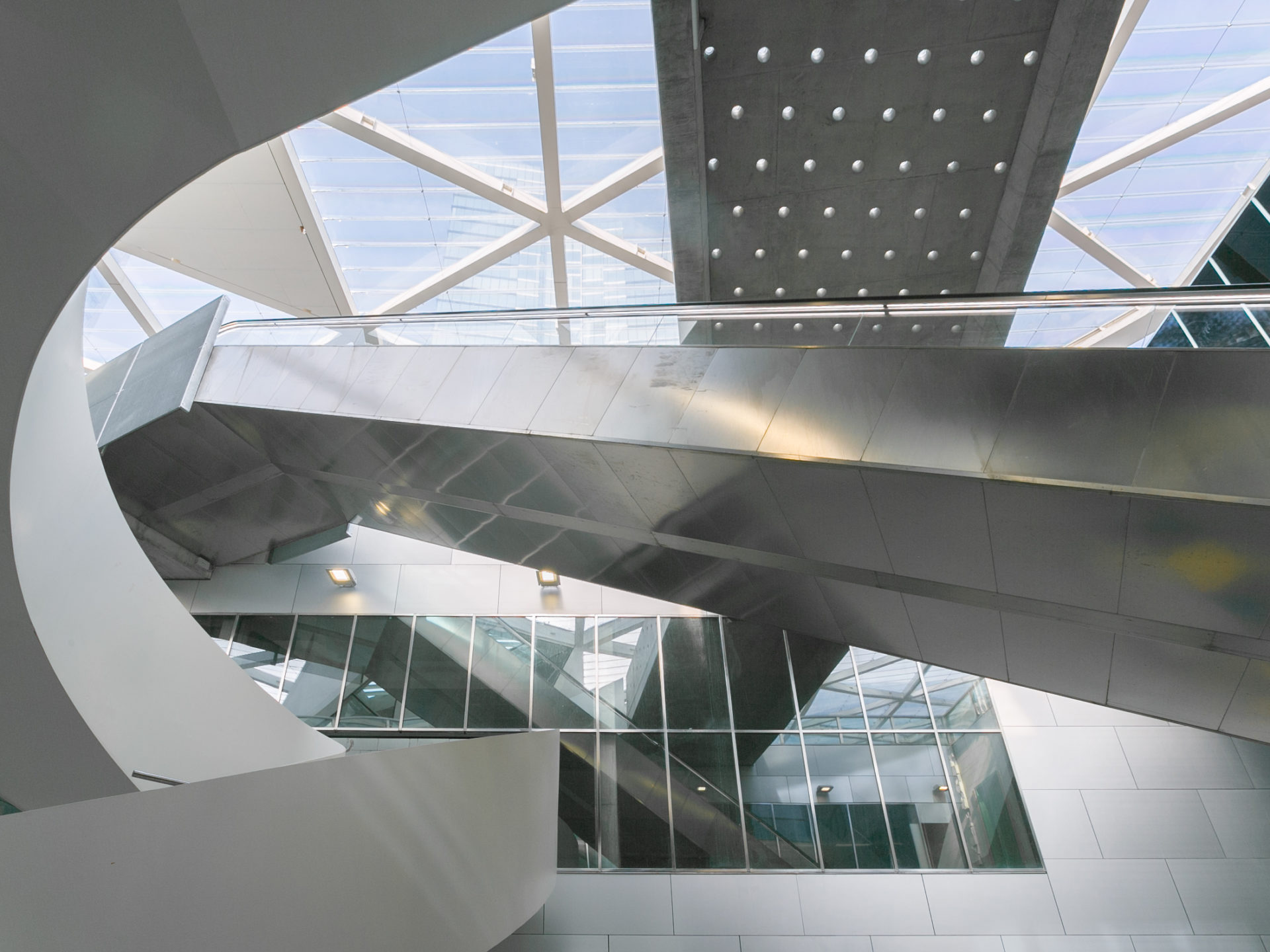 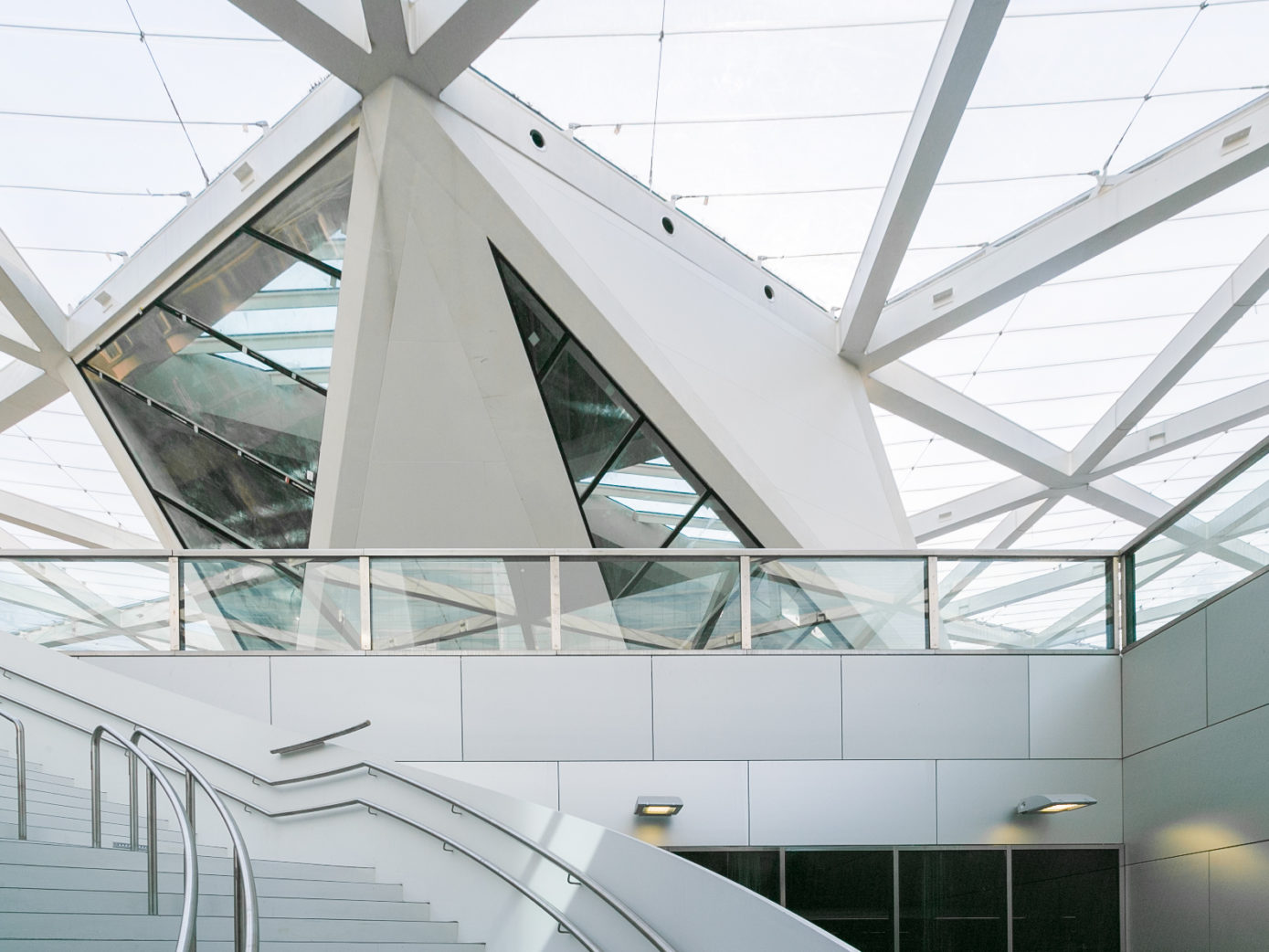 A large, round steel canopy with a central plinth was a crucial element of the construction and seems to float over a part of the square, as well as over the small ring. The canopy also covers the bus station on the square and the underground atrium giving access to the metro station. The structures of the canopy are triangular, while its plinth hosts a bar.

In addition to the square itself, the small ring (between Rue du Marais and the Boulevard du Roi Albert II) has also been redesigned. A large lane for pedestrians and cyclists was added and many bushes and trees were planted.

Not only the public space above the ground, but also the underground metro station underwent a complete metamorphosis. The new atrium gives access to the metro station and brings daylight into the station. A new ticket hall was built. It is equipped with new floor and wall cladding, modern furniture and adapted technical facilities.

As part of the renovation of the tunnels, the Rogier tunnel was renovated at the same time as this project. During the summers of 2016 and 2017, the waterproofing was addressed.

And then there was light