A new style for Chaussée d’Ixelles

Ixelles has a new beating heart.The public space between Porte de Namur and Place Fernand Cocq has been completely redeveloped. This project improves the quality of life in the city and revives the centre of Ixelles. 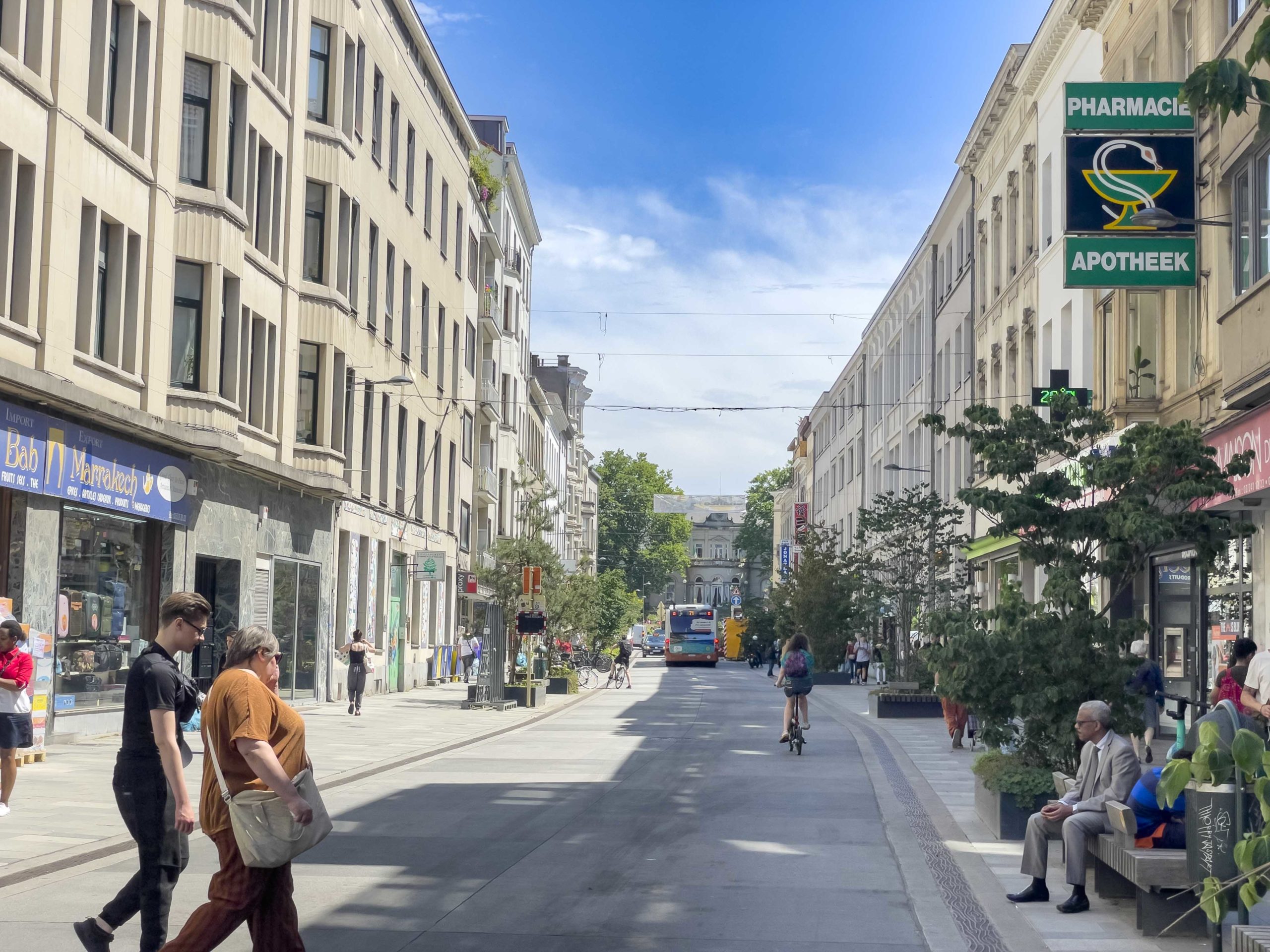 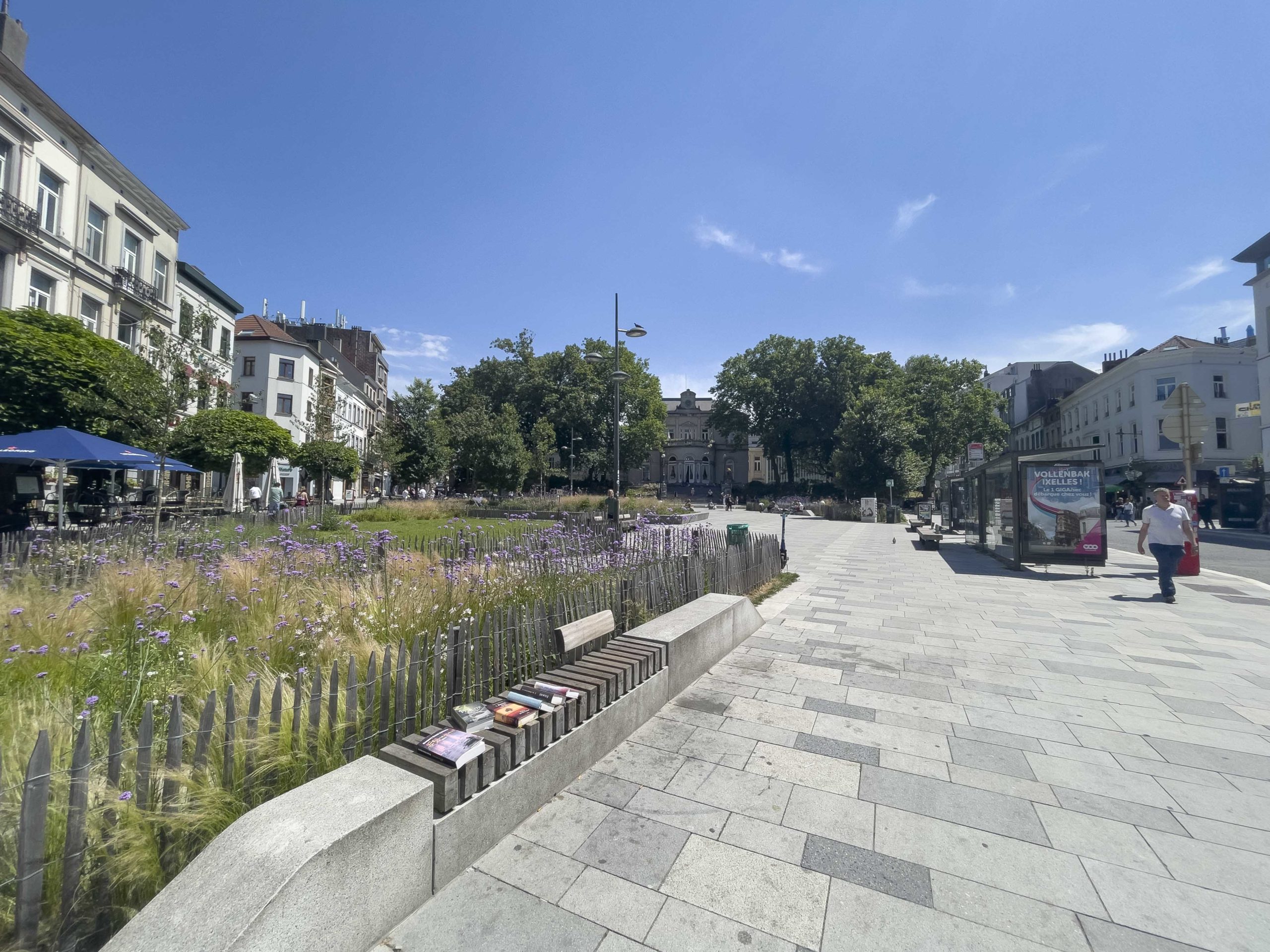 Chaussée d’Ixelles has been reconstructed from façade to façade between Porte de Namur and the Fernand Cocq square, including the square itself. The road surface and the pavement are on the same level since the reconstruction. By day, cars are not allowed on Chaussée d’Ixelles anymore, which makes it a lovely place for walking and cycling.

Since bus 71 is no longer held up by traffic lights or traffic jams, its frequency and regularity have increased. Over time, a bus will pass every 3 to 4 minutes. That means its capacity will increase up to 66 percent. This bus line is largely used by the inhabitants of Ixelles - for 58 percent - and is especially successful because it connects important places of the municipality of Ixelles. That’s why it has been decided not to change its route.
The existing car parks in the neighbourhood remained accessible and the signage will be improved. The Saint-Boniface neighbourhood has now become, more than before, a place where Brusselers and visitors can engage with each other.

Now, Chaussée d’Ixelles counts many more trees and bushes than before, taking away its grey character. The street has become an enjoyable part of Brussels, inviting to go shopping, cycling, walking or just to take a breath on one of the new benches.

When the Friday aperitivo calls us. 🤩

This makes me emotional. I work to improve city life. Often it’s fighting against prejudices, fear of change and simply against habits. But once one give public space back to people: people will be there. And shopkeepers will do business. The paradigma shift is happening as we speak. And it makes me so happy. #ixelles #brussels #publicspaces #brusselsforpeople #carfree #change @christosdoulkeridis @romaindereusme @carodesir_ @dominiquedufourny