Since 1 January 2018, the Brussels Region has been a Low Emission Zone, which means that the most polluting vehicles are no longer allowed into the city. This puts Brussels on the list of cities where air quality is a priority policy issue.
The decision was taken in 2016 and in 2018, the Low Emission Zone was implemented by the (previous) Brussels government.

The air quality in our city has been below standard for years and this has enormous consequences for the health of Brusselers. Every year, more than 600 residents of Brussels die prematurely due to poor air quality.The Brussels government wants to play a leading role in this and every Brussels citizen must make his or her contribution. The (previous) Brussels government decided in 2016 to make Brussels a Low Emission Zone. Since 1 January 2018, our city has also been a Low Emission Zone in practice. The Low Emission Zone is an important instrument for tackling air pollution in Brussels.

Less polluting vehicles in traffic means less air pollution. Between 2018 and 2019, an average reduction in nitrogen dioxide (NO2) of 10% was observed.
Emissions from all cars in circulation decreased that year by approximately 11% for nitrogen oxides (NOx), 11.5% for fine particulates (PM2.5) and 77% for black carbon (BC or soot). Emissions from vans in traffic decreased by about 3.5% for NOx, 21% for PM2.5 and 73% for BC. 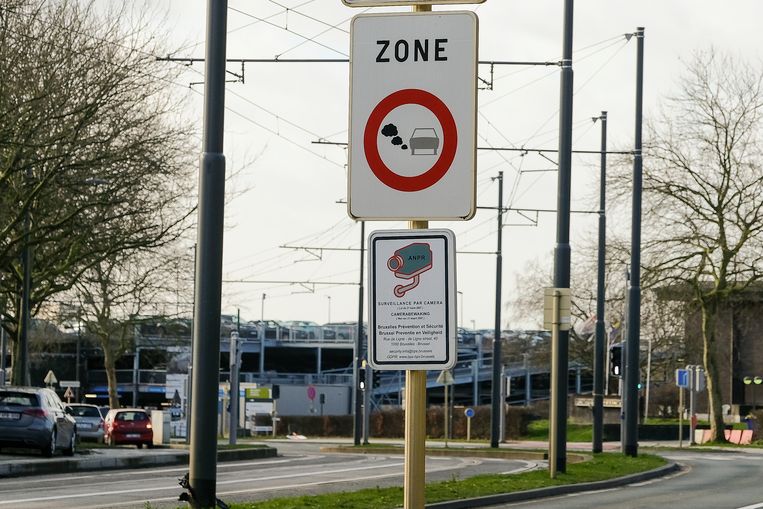 With the introduction of the Low Emission Zone, Brussels has joined many other European cities that are making air quality in their city a priority.

English
Dutch French English
We use cookies to ensure that we give you the best experience on our website. If you continue to use this site we will assume that you are happy with it.Ok