The Brussels government gave the final green light to Rudi Vervoort and Pascal Smet to build a swimming complex on the Abattoir site in Anderlecht. The Flemish government will co-finance the project.

The Brussels government gave the final green light to Rudi Vervoort and Pascal Smet to build a swimming complex on the Abattoir site in Anderlecht. The Flemish government will co-finance the project. 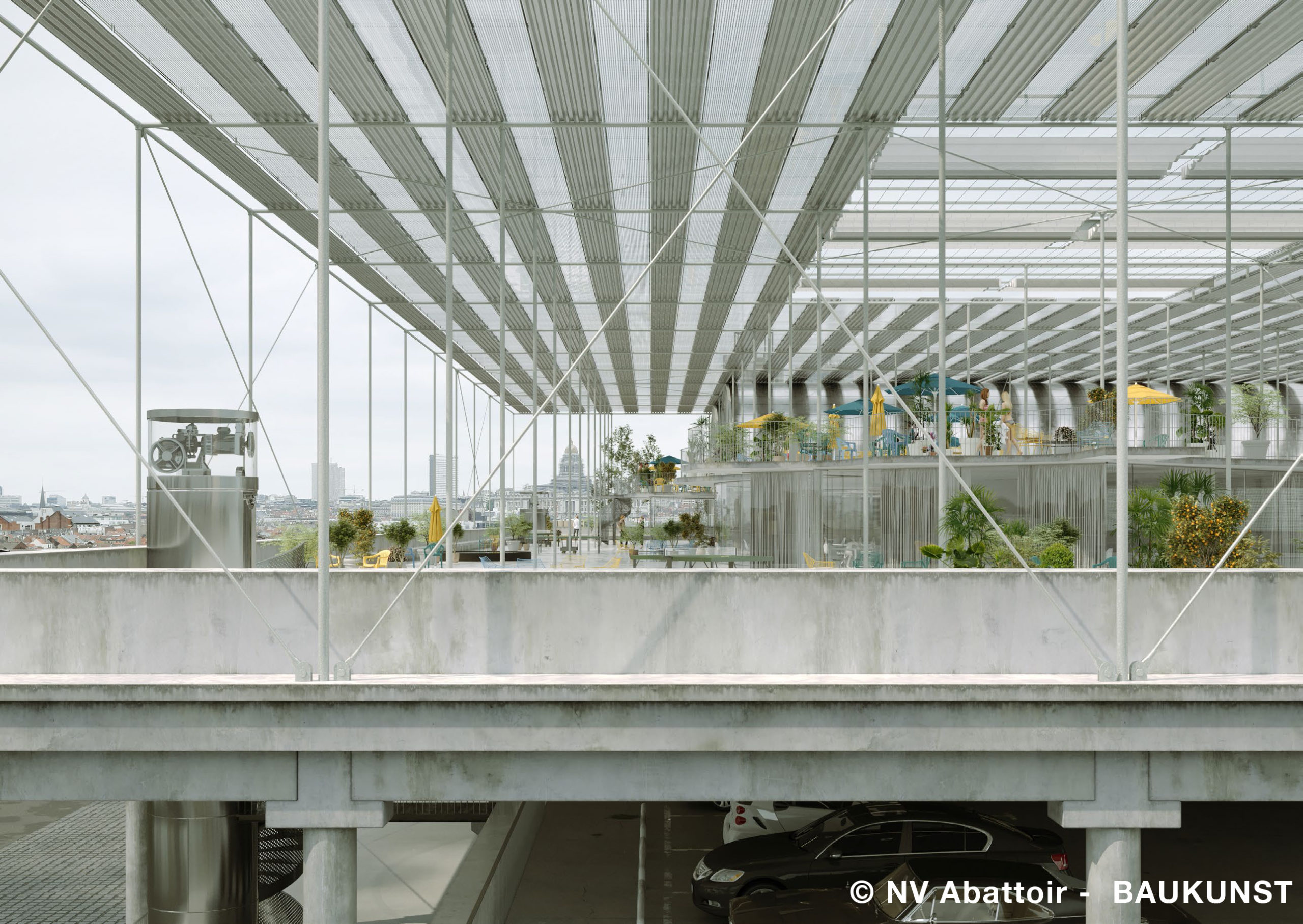 The Brussels government approved the proposal by Brussels Minister-President Rudi Vervoort and Brussels State Secretary for Urbanism Pascal Smet to build an indoor and outdoor swimming pool on the roof of the Manufakture building on the Abattoir site in Anderlecht. ​The Brussels Urban Development Corporation “SAU” will now concretise the project and explore the exploitation possibilities.

Flanders also dives in the project and is making funds available to co-finance the project, confirmed Bart Somers, Flemish Minister for Domestic Administration.

“This is a beautiful Christmas gift for all Brusselers. I worked long and hard to obtain this decision and am obviously delighted that we will ​ finally build a public open-air swimming pool in Brussels. And what a swimming pool! Young and old will be able to swim in a unique place, with a stunning view of the city. This will make a huge difference to the life quality of thousands of Brusselers. This is why I am into politics. Sometimes you can prove right too soon, but you should never give up,” said Pascal Smet, Brussels State Secretary for Urbanism.

"I am very pleased with this decision. Indeed, it will result in making the slaughterhouse site even more accessible to the public. It will also meet a great need for recreational and educational opportunities. The swimming pool project is part of a broader partnership with Abattoir SA, which is building the Manufakture warehouse, with the support of the European Regional Development Fund (ERDF). In that context, a public urban program will also be launched along the canal. Thus, there will be up to 200 public housing units and the widely known market at the slaughterhouse will remain. The planned swimming pool at this location will help create the new dynamics that the Region is striving for," said Prime Minister Rudi Vervoort.

Fabrice Cumps, mayor of Anderlecht, stressed: “The municipality fully supports the project for a swimming pool that can accommodate as many people, of all ages, as possible. ​ This project in the heart of a popular district shows the revival of all these urban areas where all Brussels’ challenges come together. That is why the municipal council is very satisfied with the mobilisation of both public and private actors for this exemplary project. We can look to the future with optimism.”

Public outdoor swimming facilities have been a sensitive issue in Brussels for a long time. An issue that returns in the growing heat of every summer.

In 2005, Pascal Smet was the first Brussels politician to put open-air swimming pools on the agenda. In 2006, he launched an international architecture competition to create an open-air swimming pool in the Béco Dock in front of the entrance to Tour & Taxis. Unfortunately, this project was cancelled by Smet's successor in the next legislature, Brigitte Grouwels. ​The request of many Brusselers to be able to have a refreshing swim outdoors has only grown louder since then. Citizen collective “Pool is Cool” has been creating a positive vibe around the topic for several years and, with public support, it even created a temporary open-air swimming pool along the canal in Anderlecht in recent summers.

The Brussels government formation in 2019 was the perfect opportunity for Rudi Vervoort and Pascal Smet to pave the way for Brussels' first public open-air swimming pool. In May 2021, the Brussels government approved Vervoort and Smet's proposal to launch a feasibility study for a multi-purpose swimming pool (with indoor and outdoor pools) on the Abattoir site in Anderlecht. ​This study was assigned to the Urban Development Corporation (SAU) and its results were presented to the Brussels Government in October 2021. ​In February 2022, the Brussels Region issued a planning permit for the Manufakture building on the Abattoir site in Anderlecht. This building will house food producing and processing companies. The project included structural reinforcement to allow the building to support a swimming pool on its roof. For these reinforcement works, urban.brussels and the Flemish Community Commission (VGC) made available 2,127,000 euros and 1,800,000 euros respectively. ​The combination of food producing and processing companies and a swimming pool is no coincidence. The cooling rooms of these activities release a lot of heat, which will be used to sustain a pleasant water temperature.

In April 2022, the board of directors of Abattoir appointed a contractor. Meanwhile, preparatory works on the Manufakture project, with a structure capable of supporting a future swimming pool, have been started.

By approving the plan of action proposed by Brussels Minister-President Rudi Vervoort and Brussels State Secretary for Urbanism Pascal Smet, the Brussels government is now finally giving the go for the construction of an outdoor swimming pool on the roof of the Manufakture building. ​The SAU will now start concrete preparations for the pool, such as the legal structure for development and operation and the preparation of the tender procedure for construction.

The Flemish government supports the project and decided to release 3.4 million euros, confirmed Flemish Minister of Domestic Administration Bart Somers. These funds will allow the Flemish Community Commission to take an active partner role within the public swimming pool development. This support is therefore excellent news for (Dutch-language) swimming clubs and swimming classes. The project’s total cost, with indoor and outdoor pool, is estimated at 20.2 million euros.

This amount also includes the 2,127,000 euros and the 1,800,000 euros that urban.brussels and the sports department of the Flemish Community Commission, competences of Pascal Smet, have already released for the structure works that are about to start.

For the remaining funds, several authorities are joining forces. Including the municipality of Anderlecht, which is standing up as a partner in the project, since the needs are great for the surrounding schools.

“Our cities never stand still. They are places in constant movement, with a drive for innovation and renewal. With the concept subsidies for urban renewal, we support cities to develop a new vision for an urban area, to boost the attractiveness, liveability and sustainability of their city and thus make it an even more pleasant place to live, work and play. The construction of a swimming pool on the Abattoir site in Anderlecht is a perfect example of this,” Flemish Minister for Domestic Administration Bart Somers said.

“That Flanders shares belief in our project and pledges its financial support is essential for the construction of Brussels’ first public open-air swimming pool and a strong signal from Flanders to Brussels. ​ ​I am of course very pleased and proud that this first public open-air swimming pool is finally coming about, but I also look to the future and see this as the beginning of a bigger story. That is why I am also making an extra 100,000 euros available for the operation of Pool is Cool from my competence as VGC college member for Sport. In this way, they can continue their wonderful work of raising awareness about outdoor swimming in Brussels in the years to come," said Pascal Smet, VGC college member for Culture, Youth, Sport, Community Centres, Living Together and Diversity.

“Cureghem is a neighbourhood in real need of additional public space and neighbourhood facilities. And more generally, the Brussels Region really needs accessible swimming pools, so that learning to swim will not become a privilege, but remains an option for everyone. I am happy that we can invest in an ecological, accessible swimming pool complex, especially aimed at schools and low-income Brusselers,” said Elke Van den Brandt, president of the VGC college.

Brussels Minister Sven Gatz, in charge of Education and Schools: “It is important that our young Brusselers learn to swim. This does not only improve their health, but also their safety. We must also continue to ensure affordable swimming for every child and easily accessible swimming pools. The implementation of this project will definitely contribute to that, given the lack of swimming pool water in the Brussels Region.” 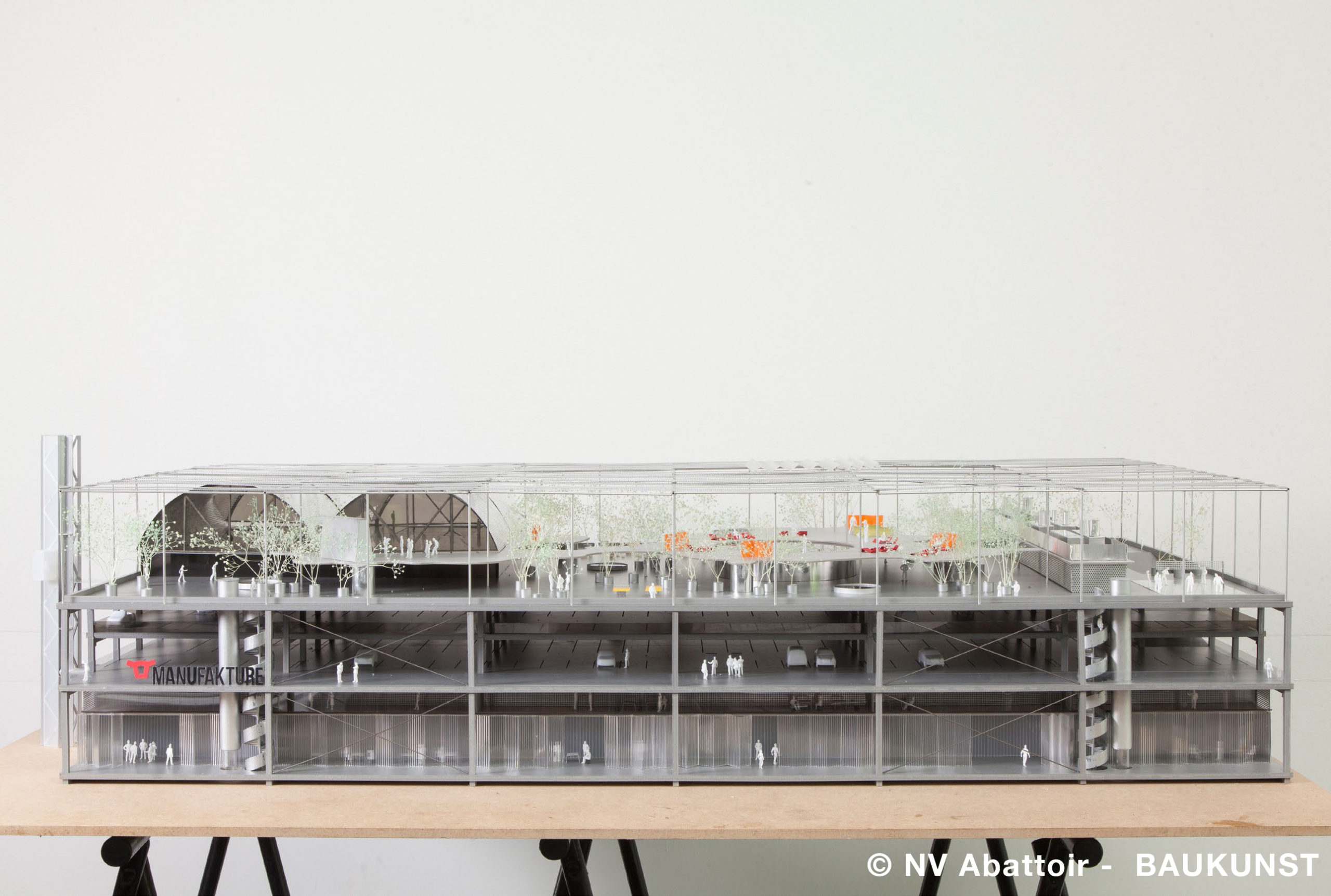 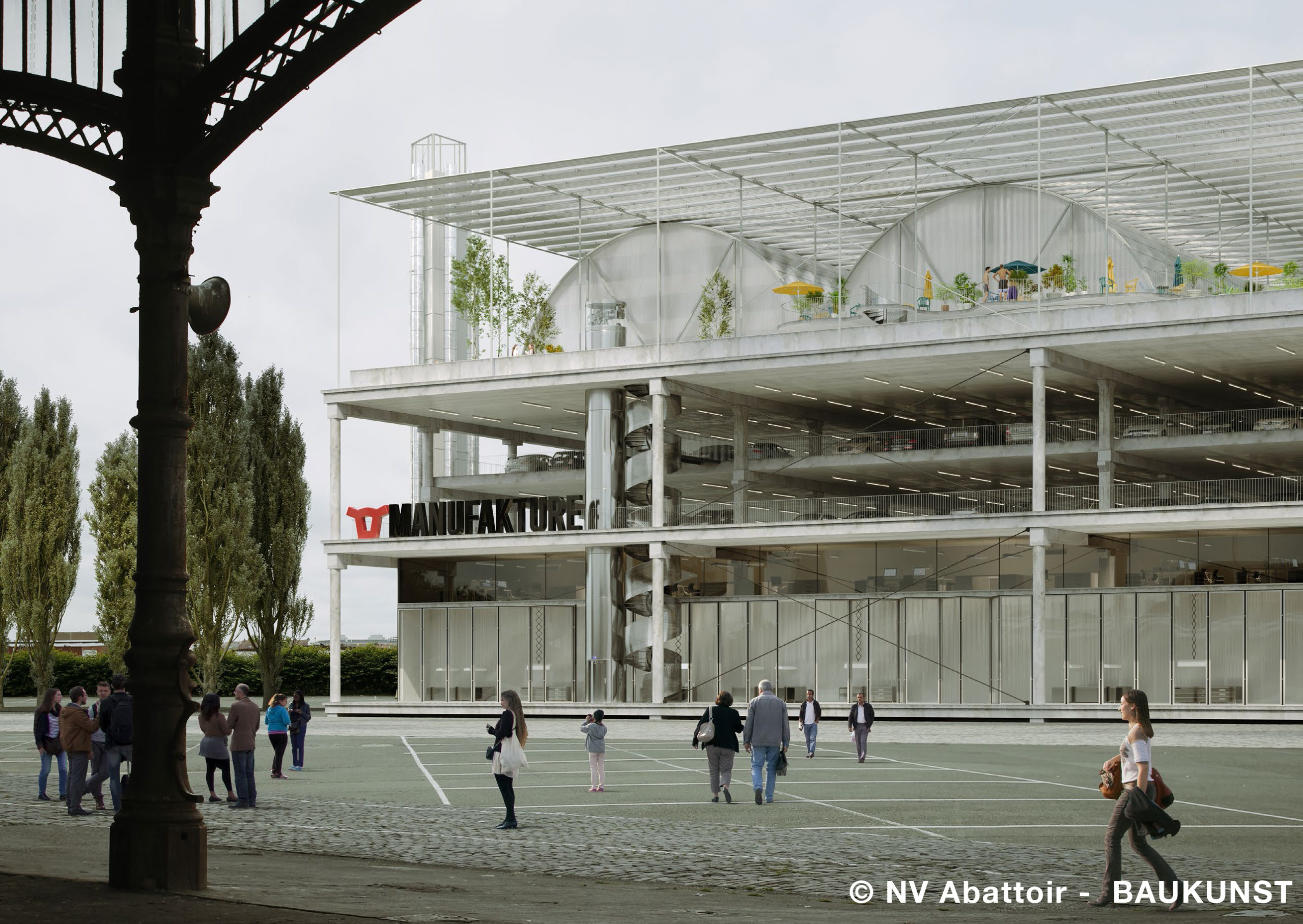