"The Brussels Region restores jewel to its former glory"

"The Brussels Region restores jewel to its former glory"

On the initiative of Secretary of State for Urbanism and Heritage Pascal Smet, the Brussels government has decided today to make 5.5 million euros available for the renovation of the Brussels Bourse building and the archaeological site “Bruxella 1238” under Rue de la Bourse. 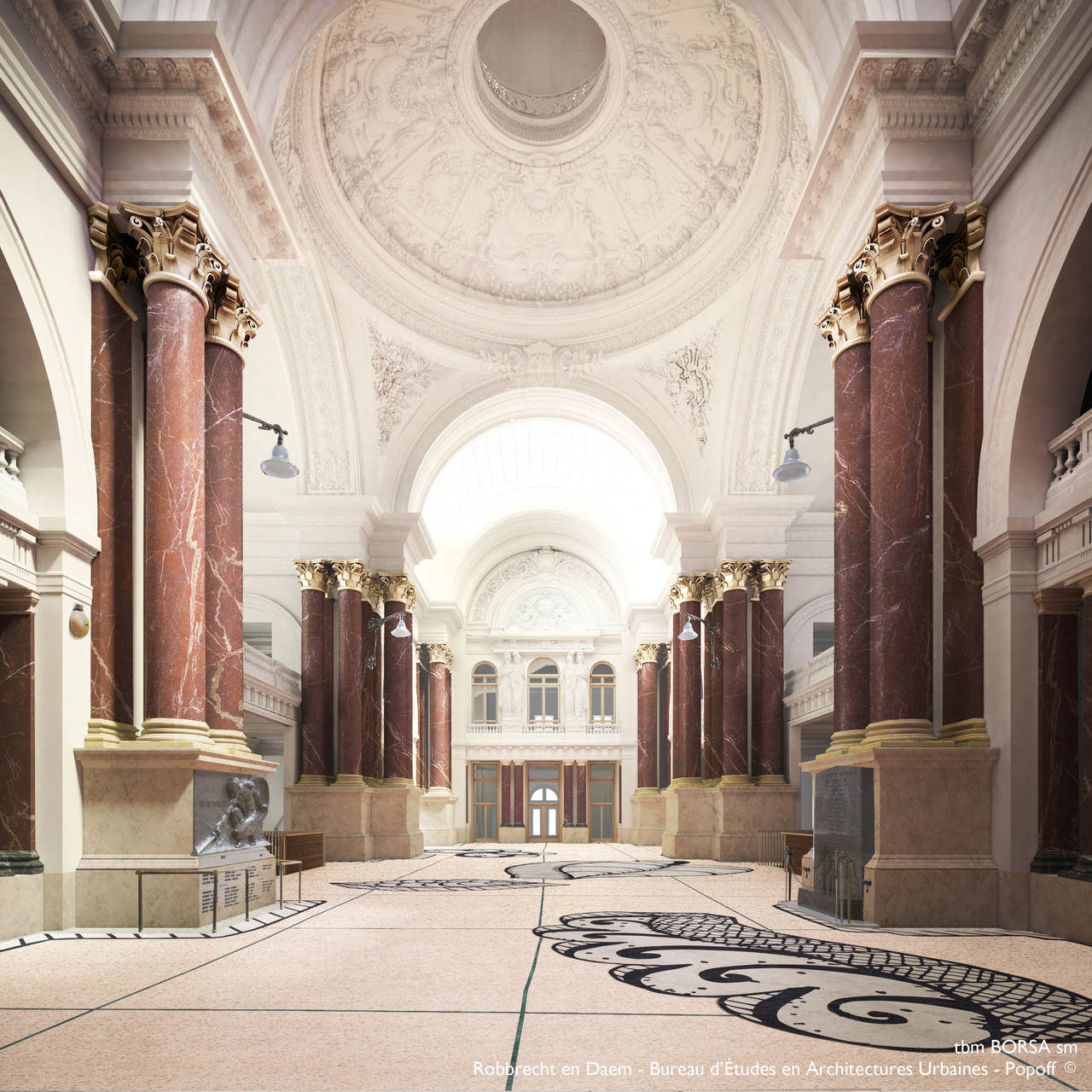 “By renovating the Bourse building, we are putting the crown on many years of hard work to give the city centre back to the people of Brussels. It will be an extraordinary renovation project, for which we will make important resources available. We will make the pearl of the past shine like never before. The Bourse is both material and emotional heritage of all Brusselers. Just like Place du Bourse, Place Fontainas, Place De Brouckère and the central avenues, we will now restore the Bourse building itself to its former grandeur and make it accessible to everyone. In doing so, the heart of the city will become even more a place that Brusselers will be proud of,” says Pascal Smet (one.brussels).

With the funds provided by the Brussels region, original elements such as the facades, interior spaces and ornaments of the magnificent building will be renovated and restored. For example, the large hall on the ground floor and the main rooms on the floors will be restored according to the colours and finishing of the original design. The complete renovation of the archaeological site “Bruxella 1238”, under Rue de la Bourse, is also an integral part of the project. The renovated site, which hosts the tomb of John I, Duke of Brabant, will be accessible via the Bourse building, which means that the current “museum construction” above the ground will disappear and that also Rue de la Bourse will be restored to its former glory.

After the renovation works, the Bourse will be an accessible building. The central nave will be a gallery connecting Place de la Bourse to Rue au Beurre, which leads to the Grand Place. In this gallery there will also be room for exhibitions.

On the upper floors, there will be a Belgian beer experience centre. Funds for this centre are provided among others by the Federation of Belgian Brewers. 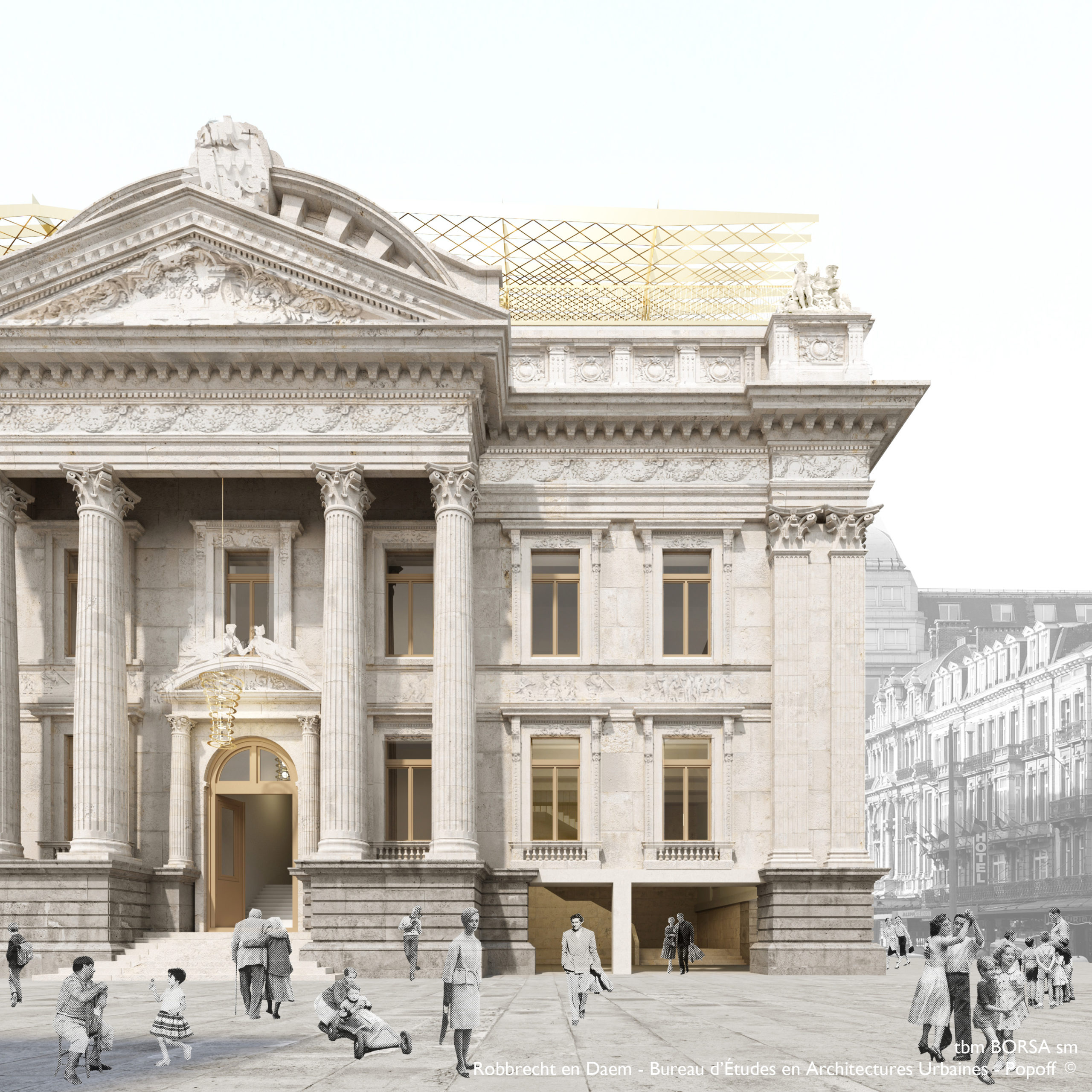 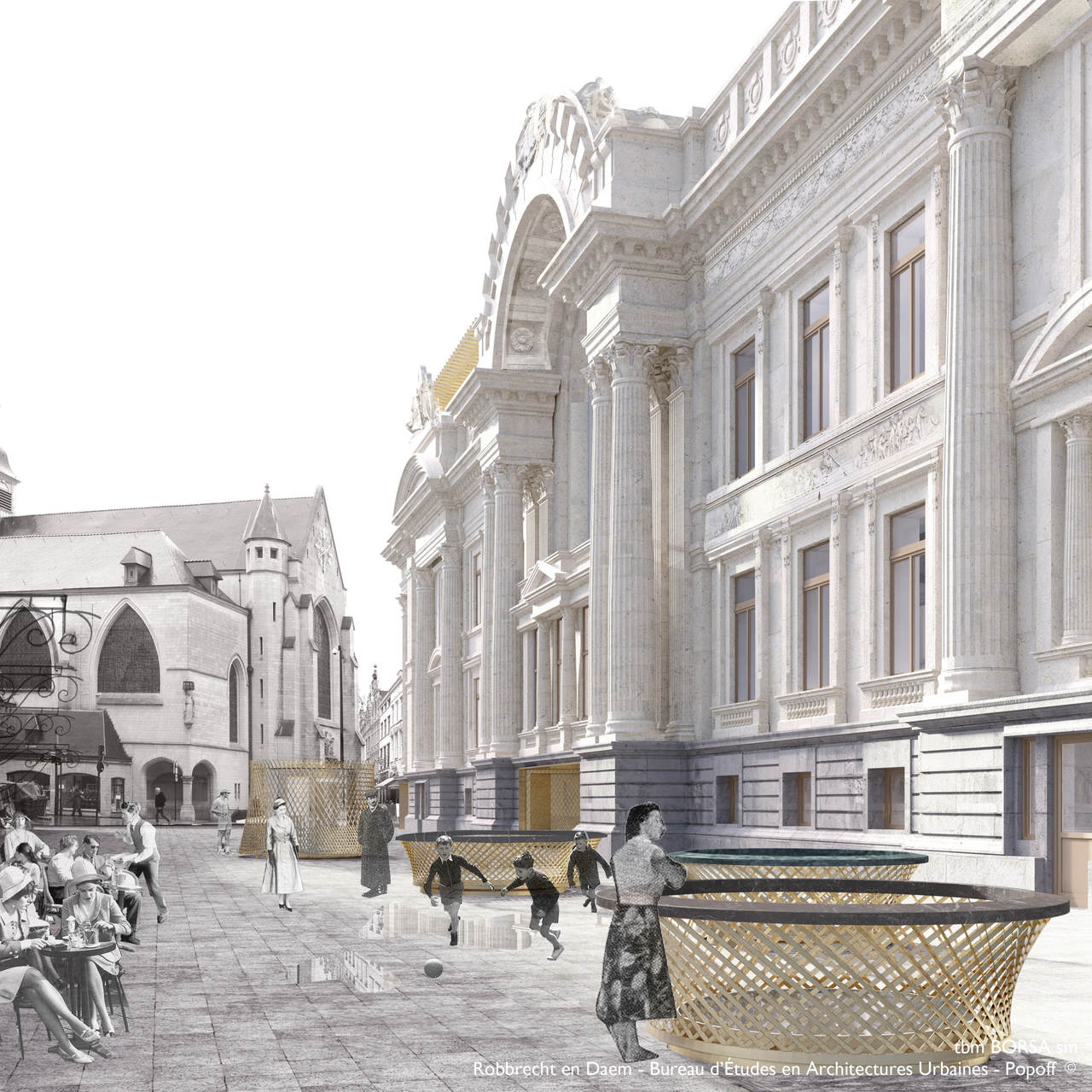 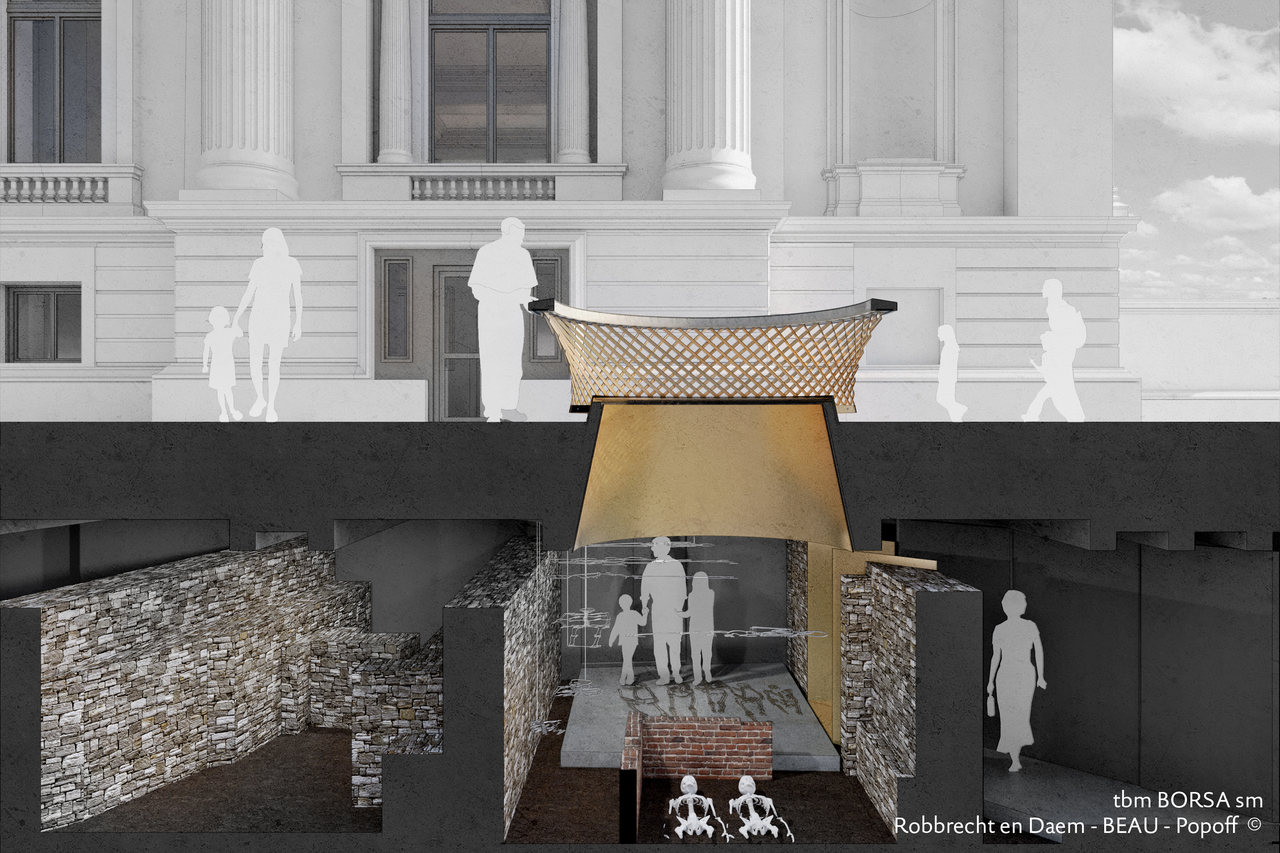