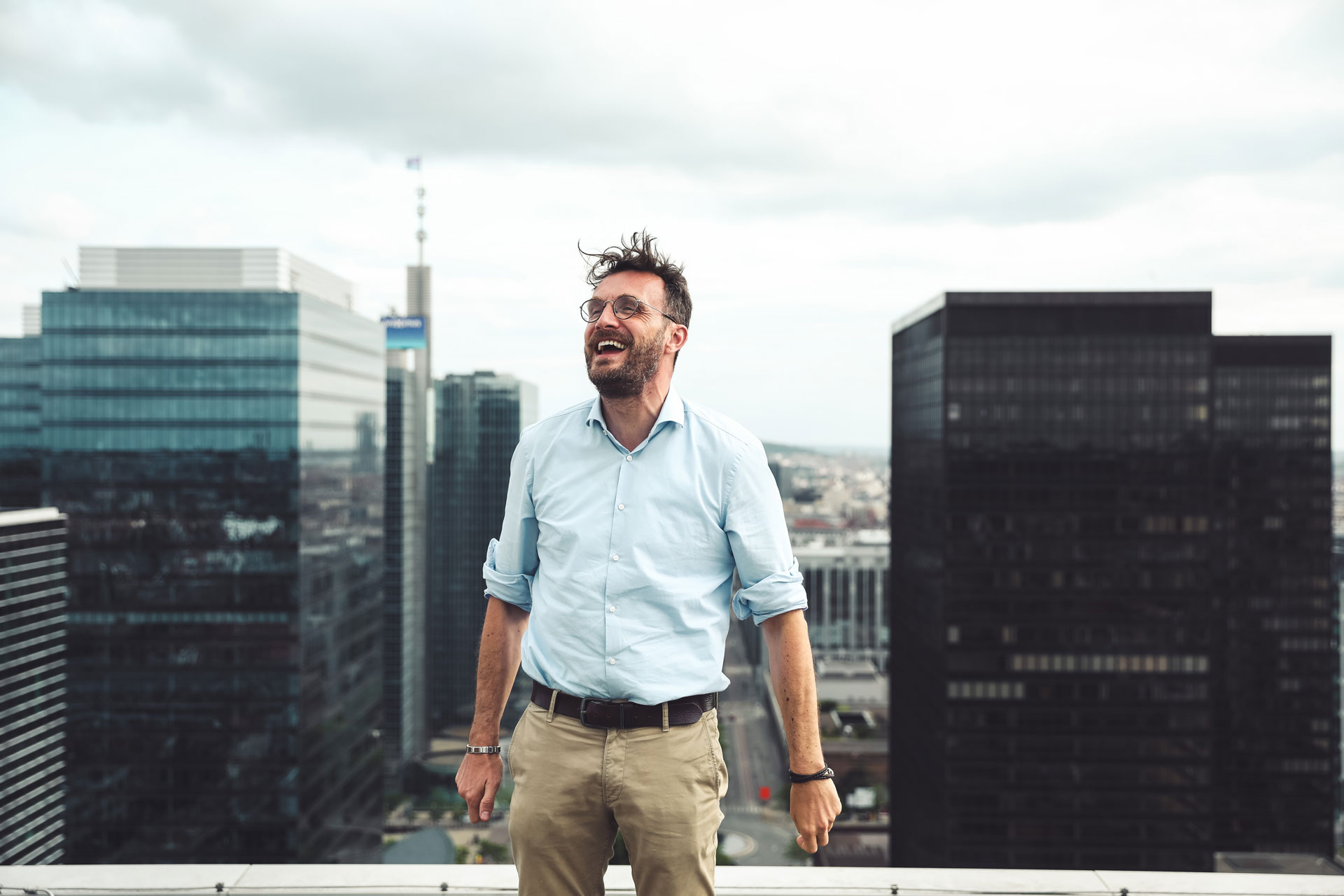 Pascal Smet is State Secretary of the Brussels-Capital Region, responsible for Urbanism and Heritage, European and International Relations, Foreign Trade and Firefighting and Emergency medical Assistance.

He has one great motivation and source of inspiration for his work in Brussels: the city itself.

“My heart beats for this city and its inhabitants. That’s why I started a career in Brussels politics 15 years ago. To finally exploit the untapped potential of Brussels. In 15 years, I helped initiate its metamorphosis.
Today, it is time for Brussels to take the next important steps. We will bring our architecture and our public spaces to the next level. We will encourage people to engage with each other even more and we will put Brussels on the international map as the ambitious city with a strong personality that it is.””

Pascal Smet was born on July 30, 1967, in Haasdonk. He attends school in Sint-Niklaas and studies law at the University of Antwerp. Pascal is eighteen years old when he develops a taste for politics. In the middle of the missile crisis, he joins the protest against the storage of American missiles in Europe. After that, it's only a small step to being actively engaged in politics. It doesn’t take long before Pascal Smet, as member of the Flemish socialist party sp.a, gets elected as councillor of the municipality of Beveren and of the province of East-Flanders. He is only in his early twenties. Still in the same period, he becomes president of the young socialists.

‘As president of the young socialists, I launched the idea of abolishing the military service. In my opinion, it was unfair that the simple fact of having rich parents provided you with more possibilities to avoid the service. At that time, I learned that good ideas sometimes might come too soon, but that they usually can't be stopped.’

At the beginning of the nineties, Pascal moves to Brussels. He works at the office of the Commissioner General for Refugees and Stateless Persons and choses to live where he works. In 2000, he becomes Commissioner General for Refugees and Stateless Persons and it soon becomes clear that he will have to deal with the country’s biggest refugee crisis. He manages it and the annual number of asylum applications falls from 42,000 to less than 20,000. Asylum applications are now processed correctly and the Belgian asylum policy sets a good example in Europe.

The turnaround has started

‘Brussels simply has such a complicated structure,’ are typical words of politicians when something does not succeed. But the aim of going into politics should be to change things. And Brussels offers so many opportunities in that respect.’

After the elections of June 2004, Pascal Smet becomes Minister of Mobility and Public Works in the government of Brussels. With these responsibilities, he manages to make a difference and proves that his ideas can be realised. Public works are now planned in a better way and are part of a broad urban vision. Brussels must become more car-free and cyclists should have a visible place. It goes without saying that Pascal wants to work towards fast and attractive public transport along dedicated corridors and at favourable rates for certain target groups.

‘I like to walk and ride my bike in my own city. A city that is always characterised by cranes. And as long as I see cranes, Brussels can always improve. We have to dream more in Brussels.’

In 2006, Pascal Smet is elected councillor of the city of Brussels and becomes (titular) alderman of public works, participation and equal opportunities. For three years, this leads to a strong and successful cooperation between the city of Brussels and the Brussels-Capital Region. It results in several renovated streets, avenues and squares, such as the large pedestrian area next to the Grand Place, the car-free Vieux Marché aux Grains and a real square in front of the Bronks youth theatre.

The June 2009 elections are a success for Pascal Smet and the sp.a of Brussels, but they are nevertheless excluded from the majority coalition of the Brussels-Capital Region. That’s how the sp.a ends up in the Brussels opposition and how Pascal Smet becomes Minister for Education, Youth, Equal Opportunities and Brussels Affairs in the Flemish government. Thanks to these competences, he is actually Minister of the future.

‘Without a plumber and an electrician, the lawyer sits in the dark with wet feet. That’s also what education is about. One person is better with his hands, the other with his mind, the third one excels in languages and the fourth one shows great technical insight. The educational system should allow parents, and especially children, to make the right choices.’

Back to his true love

In 2014, Pascal Smet fully dedicates himself to Brussels again and becomes Minister in the Brussels Government. ‘Courage is to seek the ideal and to understand the real,’ Pascal Smet quotes Jean Jaurès, the famous leader of the French Socialist Party. After five years as Flemish Minister for Education, Pascal Smet has absolutely no regrets about returning to Brussels. He returns with more experience to make Brussels a better, more welcoming city.

As Minister of Mobility and Public Works, he gives shape to his dream of introducing sustainable urban development. That includes, among others, a reorganisation of public space. In other words, more space for public transport, cyclists and pedestrians.

Today, Pascal Smet is State Secretary of the Brussels-Capital Region for Urbanism and Heritage, European and International Relations, Foreign Trade and Firefighting and Emergency medical Assistance.
With these competences, he wants to make Brussels dashing and put it on the international map as the cosmopolitan, creative and dynamic city it is. 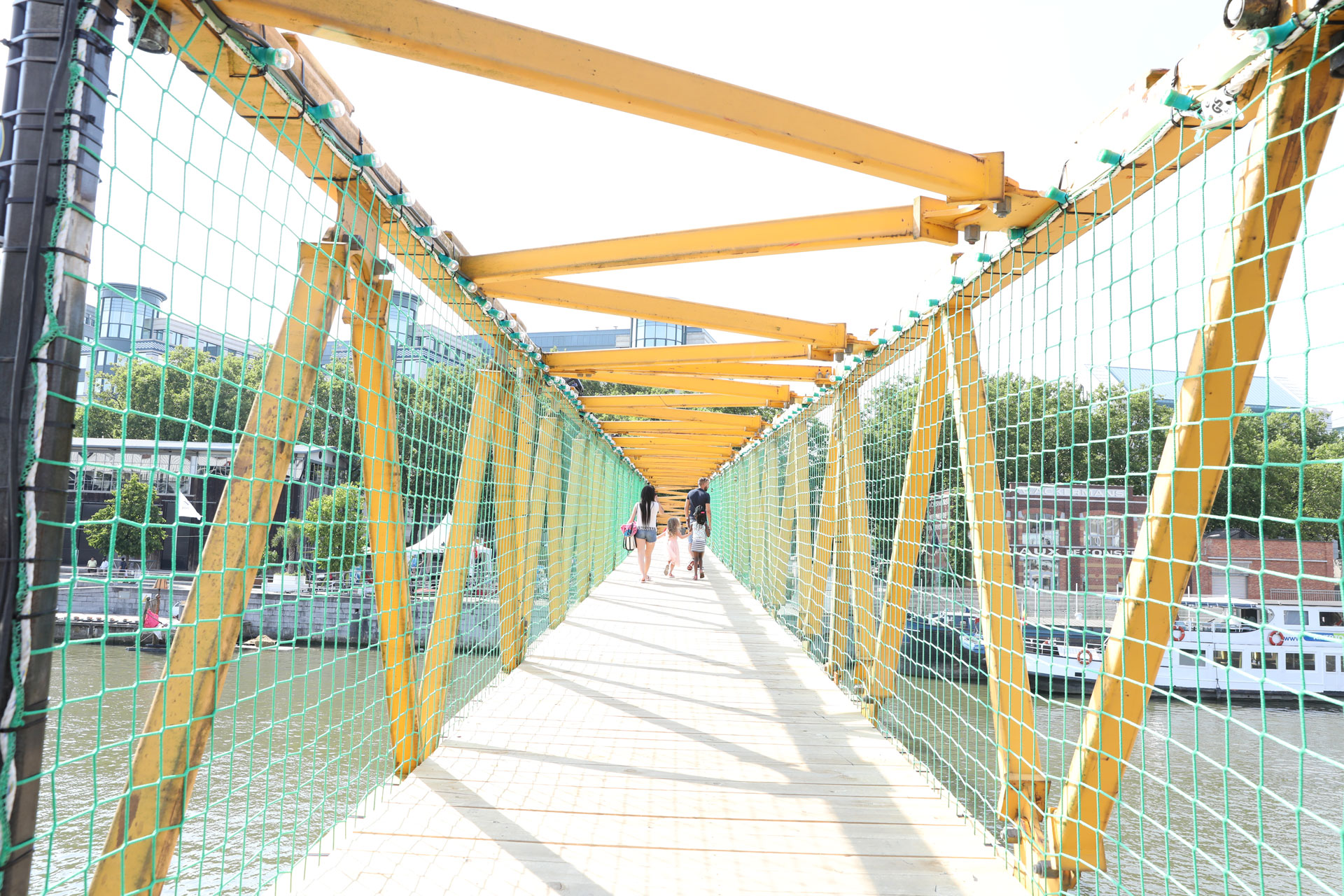 When I moved to Brussels 25 years ago and walked its streets, I admired its beautiful buildings and met many welcoming Brusselers. But I also discovered a city with a great untapped potential.
Squares and streets were almost entirely reserved for cars and soulless architecture was everywhere. In several European cities, the evolution to sustainable urban development had already started, but in my Brussels that was still a dream.

My heart beats for this city and its inhabitants. That’s why I started a career in Brussels politics 15 years ago. To finally exploit the untapped potential of Brussels. In 15 years, 10 years of which I was Minister of Mobility and Public Works, I helped initiate its metamorphosis.

Since then, many squares have transformed from open air car parks to meeting places. This is the case for the place Flagey, place du Miroir, place Dumon, place Rogier, place Mercier and place Fernand Cocq.
Since then, many of our streets have transformed from city motorways to beautiful city boulevards or car free avenues. Some examples are Chaussée d'Ixelles, Boulevard de la Woluwe, Boulevard Général Jacques and the central boulevards.
Since then, our public transport network has expanded and twice as many people now use it. Not only do we have new tram and bus lines, we also started the works at the new north-south metro connection.
Since then, cyclists are no longer the exception in Brussels. Thanks to the focus on cycling infrastructure and communication, many Brusselers now regularly take their bikes. Just like me.
Since then, air quality is a priority on the agenda and measures have been taken to drastically improve it. We introduced the Low Emission Zone, are quickly electrifying the vehicles of the STIB and we are planting trees and bushes in public spaces.
Since then, Brussels has become a city where people from all over the world meet. This happens spontaneously in public spaces but also in the many vibrant places we created, such as youth centres and cultural centres, offering a great variety of activities. Brussels organisations and associations receive more financial capacity to be able to develop their activities.
Since then, the path has been paved and Brussels has definitively chosen the road to a city for people, instead of the city for cars that I discovered 25 years ago.

Today, it is time for Brussels to take the next important steps. We will bring our architecture and our public spaces to the next level. We will encourage people to engage with each other even more and we will put Brussels on the international map as the ambitious city with a strong personality that it is.”

That’s why I will make Brussels dashing! 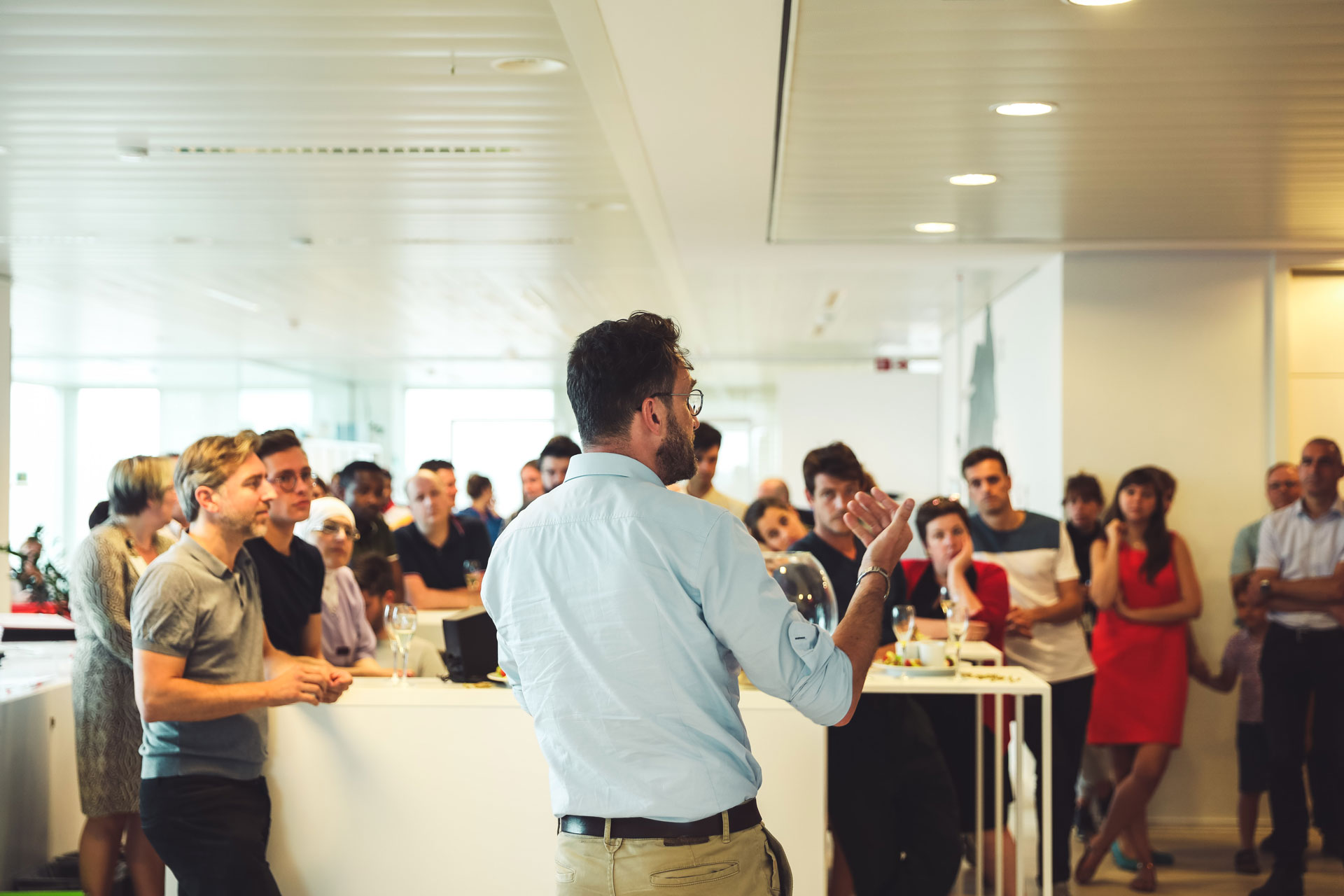 Brussels is a diverse city full of opportunities. A city where diversity offers a fertile soil for creativity. Where young and old enter into dialogue and where different cultures inspire each other. Brussels is a city bursting with talent. A city where the things that unite us are more important than our differences.

The only thing that unites us all is Brussels. Because Brusselers don’t have a shared past, the only way to unite them is to give them a shared pride about their city. About the future of their city.

This diversity is reflected in my cabinet. My staff members have different backgrounds but share the same dreams for our city, for our Brussels, a ‘Brussels for People’.
We want to give the city back to its inhabitants. We want to give it a dashing personality and, on the international level, we want to give it the cosmopolitan image it deserves.